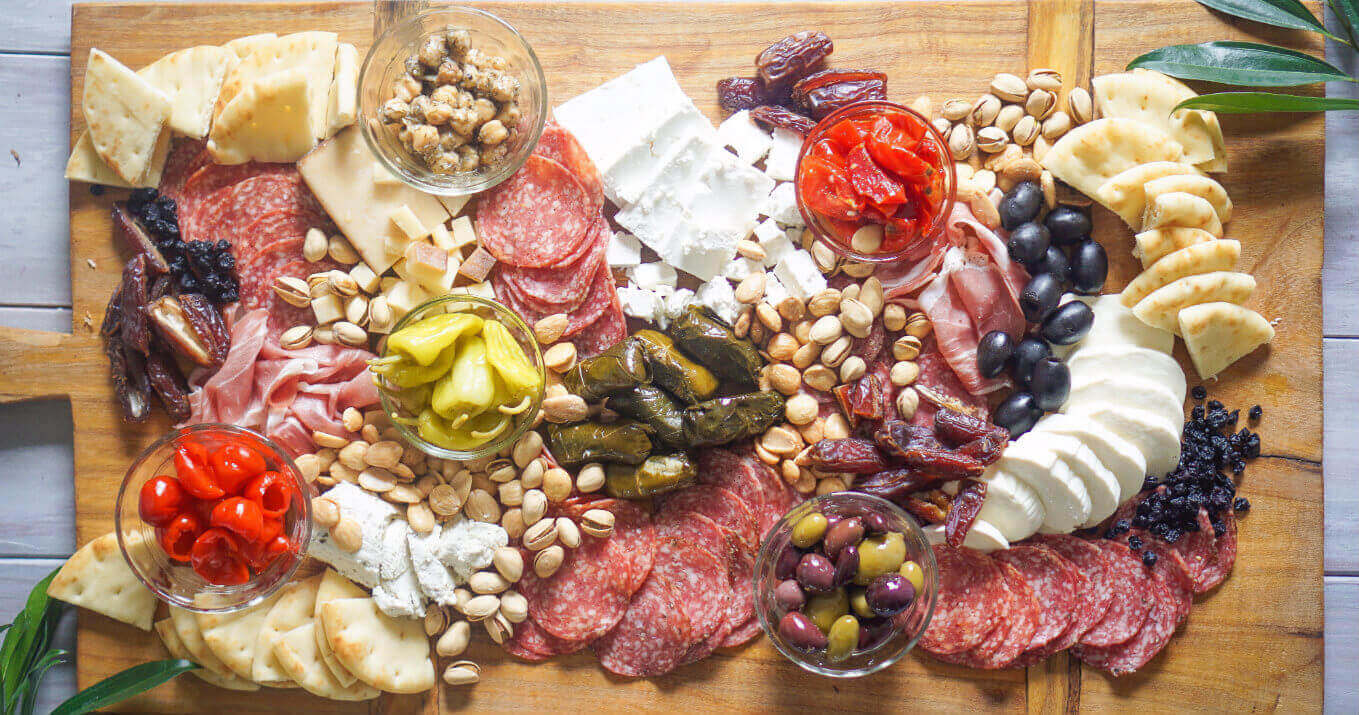 In response to my post on the healthfulness of pork, I received a number of emails asking questions like this one:

Loved your article on pork, but I’m really confused about the real meanings of marinated, unmarinated, cured, uncured, etc. when buying pork today, and what to actually look for on labels. Please add more info, if possible.

I’d never before considered that the world of pork labeling could be nearly as confusing as, say, the world of egg labeling. But it is. It totally is. As with egg labels, a lot of terms get thrown around on labels, and hardly anyone seems to know what they actually mean. Now you’ll know.

When I select pork, I consider first how the pig was raised and slaughtered. I know it’s hard to put any kind of factory farming on a sliding scale; it’s all bad (and arguably evil). But in my heart of hearts, factory pig farms are among the worst of the lot. Domesticated pigs are highly intelligent creatures, well adapted to living around people. This was, in fact, the common practice for thousands of years among pig-raising small homesteads. The conditions of the factory farm allow the pigs no expression of the “pigness of the pig” (to quote Joel Salatin).

How The Pig Was Raised

The best way to buy pork is directly from a farmer you know and trust. These farmers usually have an open farm policy, allowing you to drop in and see how they’re raising their pigs. First, let me clear up a few misconceptions about well-raised pigs.

Everyone loves to throw around the term “pastured” in reference to pigs. While that’s a helpful term in that it implies that pigs get to spend the majority of their lives outside, it can also mislead people who don’t know very much about how pigs eat. Pigs don’t eat grass exclusively. They are not ruminants; they have but one stomach (much like our own). Pigs are omnivores who love to eat scraps, food waste, grains, and more. On a traditional homestead, pigs are fed “slop” — a mix of kitchen scraps, the whey leftover from cheesemaking, canning leftovers, you name it. My point? Don’t judge a farm by its feed. What may be unappealing or seem “unhealthy” to you is in fact what pigs love and thrive on the most.

Second, a well-raised pig gets to forage. Pigs like to graze. They like to use their snout to root around in the straw or dirt and find old acorns and other half-rotted goodies to eat. They like to eat plants like clover, oats, and rye. They like to maw on old tree roots, fermenting corn, and other jewels which you and I probably don’t find very appealing.

The more stringent of the two labels is the Animal Welfare Approved label, which actually requires outdoor foraging and rooting. With the Certified Humane label, there is no guarantee that the pig spends the majority of its life raised outdoors (although many with this certification are). But at least you know they were raised in a way that had outdoor access, respected their comfort, and allowed them to express their natural behaviors like rooting and mawing.

Organic pork standards require that pigs be fed organic feed, prohibit non-therapeutic antibiotics or hormones, and have good standards for providing for the pig’s comfort, bedding, outdoor access, etc. The standards are less stringent than with the third-party labels above, but they’re still far superior to conventionally raised, factory-farmed pork.

Unless your pork falls into one of the three categories above, it was raised in the conventional, factory-farmed system. The label “natural” often gets applied to factory-farmed pork products, but don’t be fooled by it. All the word “natural” means is that the pork was processed without the use of artificial ingredients, coloring ingredients, or chemicals. It strictly refers to how the meat was handled after the animal was dead, and has nothing whatsoever to do with how the animal was raised.

How The Pork Is Prepared

What is traditionally prepared pork?

The large pork-raising cultures are mostly in Asian and Europe.

In European cultures, pork was traditionally cured (think “preserved”) with salt, spices, and a sweetener to produce hams, bacon, and savory sausages like salami, pastrami, pepperoni, prosciutto, and more. Salt alone doesn’t make a good cure as it tends to harden the meat and make it dry. Added sweeteners, spices, and peppers do the magic of retarding the hardening, drying action of the salt and produce the well-rounded flavors we associate with these various cuts of pork. These pork cuts could also be smoked while being cured — a sort of double-whammy as far as imparting flavor and preserving the meat. Pork was generally slaughtered in the winter, and that’s because a good chill is necessary to arrest unfavorable pathogenic bacterial growth while waiting for the salt-cure and natural fermentation of good bacteria to set in. In warmer climates where the winter chill was not enough to fully retard the growth of pathogenic bacteria (particularly around bones and joints), it was typical to pickle the pork to jump-start the natural fermentation process so that the good bacteria could easily outnumber and out-compete the bad bacteria. Back then, pickling involved soaking the meat in a salt brine and allowing lactic-acid producing cultures to help ferment the meat. The curing process typically took 1 1/2 to 2 days per pound in the cut of meat — so a 10 lb ham would cure for 20 days, while a 1 lb link of pork sausage would cure for just 2.

In line with the traditional Asian recipes above, marinating is something you’d do at home after you purchase a raw cut of pork. The smaller the pork cuts, the less time they’ll need to spend in the marinade. Generally, an overnight marinade in an acidic medium will be enough for diced pork, while larger cuts like a pork chop or scored pork roast will need to be marinated for 24 hours. Look for recipes that have acidic marinades — lemon juice, wine, yogurt, vinegar, fermented fish sauces, etc.

Because of our strange labeling laws, traditionally-cured pork products are now labeled as “uncured” pork in retail markets. That’s because a new form of curing has evolved over the past couple hundred years that has become mainstream since the discovery of saltpeter (sodium nitrate) in the late 19th century. Saltpeter was used as a fertilizer first, then as a food preservative in place of salt. In the 1960s we created sodium nitrite in laboratories, and it swiftly became the preferred curing agent in meats as it keeps meat looking pink and fresh instead of allowing it to turn grey (as is natural in traditionally-cured meats). Now, most “cured” meats are cured with either sodium nitrate, sodium nitrite, or both. The danger with these new forms of curing comes because these compounds turn into nitrosamines (a known carcinogen) when digested in conjunction with protein:

Like sodium nitrite, sodium nitrate forms nitrosamines, a human carcinogen, known to cause DNA damage and increased cellular degeneration. Studies have shown a link between increased levels of nitrates and increased deaths from certain diseases including Alzheimer’s, diabetes mellitus and Parkinson’s, possibly through the damaging effect of nitrosamines on DNA.[8] Nitrosamines, formed in cured meats containing sodium nitrate and nitrite, have been linked to gastric cancer and oesophageal cancer.[9] Sodium nitrate and nitrite are associated with a higher risk of colorectal cancer.[10] World Cancer Research Fund UK,[11] states that one of the reasons that processed meat increases the risk of colon cancer is its content of nitrate. A small amount of the nitrate added to meat as a preservative breaks down into nitrite, in addition to any nitrite that may also be added. The nitrite then reacts with protein-rich foods (such as meat) to produce N-nitroso compounds (NOCs). Some types of NOCs are known to cause cancer. NOCs can be formed either when meat is cured or in the body as meat is digested. (source)

Because this new form of curing with nitrates or nitrites is so common in commercially-cured meats, meat cured using the traditional methods of curing without the use of these chemical compounds is now called “uncured”.

What to look for on the label

When trying to determine whether or not a pork product is traditionally-cured, look for the following on the ingredients label:

Per the conversation started in my post, Is Pork Bad For You?, give preference to Know-Your-Farmer Pork that is either home-marinated before being cooked or is traditionally-cured. Avoid altogether the factory-farmed pork, un-marinated cooked pork, as well as pork that is “cured” using non-traditional nitrites and nitrates.

« What’s More Healthy: An Apple, Or Liver?
5 Ways to Get More Fat in Your Diet »