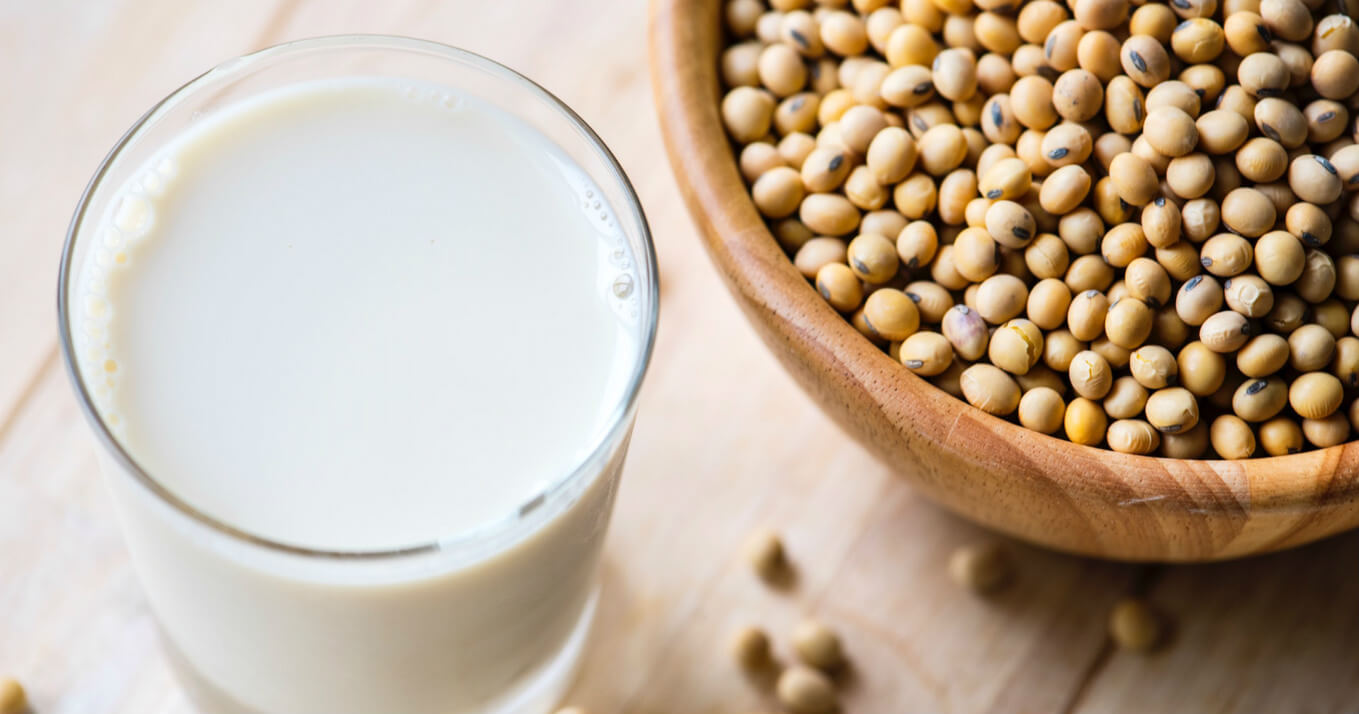 Are you convinced yet about the dangers of soy? Many aren’t. “Is soy bad for you? …Really?” I hear the question so often I want to scream.

After decades of hearing marketing spin about how soy is a wonder food, a protein-rich legume able to rescue us from our dependence on meat, I suppose it’s understandable why so many people have yet to understand fully the dangers of soy. Really, you’re not going to get the full story unless you research it on your own. And why would you, when soy is “universally” touted as a health food?

Thankfully, more and more research has been done regarding the dangers of soy, and what it’s revealed should scare you.

Soy is higher in phytoestrogens than just about any other food source. Phytoestrogens are plant-based estrogens that mimic estrogen in our bodies. In recent years, you may have read about studies which indicate phytoestrogens are good for you. But ask yourself, who funded those studies? The soy industry, that’s who. Independent research has clearly shown that consuming phytoestrogens is downright dangerous for the human body.

It’s only common sense. No one argues, for example, that a leading cause of breast cancer, endometriosis, uterine fibroids, infertility, and low libido is unopposed estrogen, or estrogen dominance. Why, then, would anyone argue that we should consume more of a food high in estrogen?

An infant taking the recommended amount of soy formula is consuming a hormone load equivalent of 4 birth control pills a day! We haven’t even touch upon what it does to the human growth hormone. Is it any wonder we’ve seen such a dramatic rise in precocious puberty with young girls starting their periods at 6 and 7? (source)

Soy will destroy your thyroid. Many foods are goitrogenic (thyroid suppressing), but soy is king of them all. Goitrogens work by preventing your thyroid from getting the necessary amount of iodine. Friends, I believe this is what happened to Oprah’s thyroid. She pushed soy for years, featured it in everyone one of her “healthy” diets, and it destroyed her thyroid. If your thyroid fails, what happens? You gain weight. You have a harder time regulating your moods. You get colder more easily. You’re more easily fatigued. You demonstrate an inability to concentrate and remember details. The list goes on. You simply don’t want to mess with your thyroid. (source)

Phytates are enzyme-inhibitors that block mineral absorption in human digestive tract. They are naturally present in all grains, seeds, nuts, and legumes (which is why everyone should read this primer on how to eat grains, if you eat them at all.) But soy is so high in phytates that it’s almost impossible to get rid of them. Simply soaking soy overnight in an acidic medium won’t do the trick. Soy must be fermented in order to be digestible to humans. That means that if you eat soy at all, you should stick to fermented soy products like miso, tempeh, natto, or a naturally fermented soy sauce (tamari). (source)

Finally soy is rich in trypsin inhibitors. Trypsin is a digestive enzyme we need to properly digest protein. Without enough trypsin, you’ll experience many digestive problems including stomach cramps, diarrhea, and bleeding. You’ll also be leaving yourself open to future problems with your pancreas. (source)

But, people say, what about Asians? They eat soy every day, and they’re so healthy!

Soy farming started around 1100 BC in China, where it was used to build soil fertility and feed animals. Soy beans were not considered fit for humans until the Chinese learned to ferment them, which makes them digestible. Asian diets now include fermented soy beans in the form of natto, miso, tamari, and tempeh.

It’s like red wine: a glass or two a day may be good for you; a bottle or two every day rots your liver.

Did you catch that? Asians only eat 2 teaspoons of soy a day, usually as a condiment, and it’s highly fermented! Fermentation takes care of many of the dangers of soy. Plus, the typical Asian will also consume soy with mineral-rich and nutrient-dense foods such as fish broth (naturally high in iodine & other minerals which support the thyroid).

The short answer? YES! Let’s be clear on the recent history of soy. The soybean was a modest and unpopular crop until food manufacturers intent on creating cheap vegetable oils convinced the U.S. government to start subsidizing it. The soy was turned into oil, and the industry was left with an industrial waste product. Then somebody had a brilliant idea:

Let’s take this industrial waste product full of toxins and carcinogens — isolated soy protein — and turn it into food that people will eat!

The FDA refused to approve isolated soy protein as a safe food additive with the designation “Generally Recognized as Safe.”

Agribusiness giant Archer Daniels Midland withdrew its application for the coveted GRAS status for soy protein, after an outcry from scientists about the toxins and carcinogens that come with it. They can still put soy protein in your food, but they have to get pre-market approval for every product.

Isolated soy protein is no health food. But we don’t eat soy protein with a spoon. How do we eat it? It is the main ingredient in soy burgers, ice cream, milk shakes, and fake cheese. These soy protein products are phony foods — but they must look like the real foods they imitate. So the soy industry transforms a small yellow soy bean into something resembling a hamburger. They make soy “milk” and “ice cream” white and creamy.

The other ingredients in these foods are no better for you than the soy protein that goes into them. Soy milk, for example, is simply a cocktail of soy protein, sugar, and vegetable oil. The “natural” MSG formed in soy processing is already bad for you, but even more MSG, and more flavorings, are added. Imitation foods need a lot of help to be tasty. Many savory soy foods are loaded with additives to give them the flavor of the real foods they mimic. Most imitation meat, for example, contains man-made MSG, which causes migraines and is associated with brain cancer.

They’re industrial waste products dressed up in pretty clothes and marketed to an ignorant public.

What Do I Recommend As Alternatives To Soy Milk?

If you can’t do dairy and are looking for healthier alternatives than soy milk, please see Healthy Milk Substitutes With Recipes for a couple of excellent alternatives you can make at home.

One alternative I particularly enjoy is coconut milk. It’s full of the best kinds of saturated fat — medium chain triglycerides — which help speed your metabolism. It’s also exquisitely flavorful and perfect stirred into curries, soups, and sauces. Sadly, almost all coconut milk available at your grocery store comes in BPA-lined cans. To my knowledge, only Native Forest and Aroy-D brands are BPA-free, and not all stores carry them. Click here to find guar gum-free coconut milk sold in BPA-free packaging online.

ETA: Reader comments below prompted me to include a couple of additions to this post. The questions: What about tofu or homemade soy milk? Their consumption is quite widespread in Asian cultures, and they’re non-fermented soy foods. Are they okay? The answers: Tofu originated around the 2nd century BC in China, and it was made from fermented bean curd. That is how it was traditionally made before the days of refrigeration. Most modern tofu isn’t fermented anymore. You can still buy varieties of fermented tofu (aka “Stinky Tofu” or “Pickled Tofu”) in some Asian markets, though. Also, according to the most comprehensive online account of soymilk’s history, its use was rare before the 20th century and widespread usage was highly unlikely. In other words, it’s not a traditional food. Nor is non-fermented tofu. They’re the Asian equivalents of margarine, hot bath canning, “vegetable oil,” or soda pop — something relatively new on the food scene which became very widespread with the industrialization of the food supply. And like these industrialized food products, they are bad for your health.

Still not convinced of the dangers of soy? 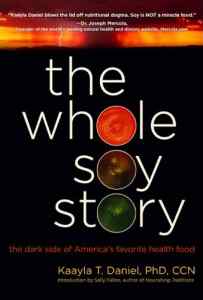 If the sources cited below and a blog post alone aren’t going to convince you, then perhaps you’d like to read an entire book on the subject written by Dr. Kaayla T. Daniel?

In her groundbreaking book on the subject, The Whole Soy Story, Dr. Kaayla T. Daniel uncovers the truth about soy that the government and the soy industry has tried to suppress.

She’ll wow you with research, entertain you with her witty writing style, and have you believing that soy is simply not as safe as we’ve been led to believe.

(Click here to get your hands on a copy of The Whole Soy Story.)

Similar Stories You May Enjoy:
Soy Formula Linked to Seizures in Children