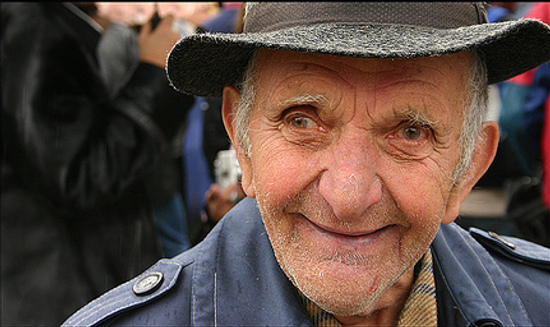 I could hear her smile over the phone. “Sure, I’m healthy. I’ve just got to lose a little weight.” I began asking her some questions, only to discover that she was on a host of medicines: one for high blood pressure, two for indigestion, one to help her sleep, one to help her wake up, and another to help her not be constipated.

I’m not sure she saw the disconnect. Do you?

This woman thought she was healthy because she could manage her symptoms with medicine. When did our definition of health become so skewed?

Even people who don’t take medicines can still fall into this trap, taking piles of supplements every day in order to balance their moods, their hormones, their energy levels, their weight loss.

Nobody ever stops to ask themselves why they feel like crap all the time.

As a holistic nutrition & wellness coach, I wholeheartedly believe that all our body’s processes are interconnected. That means I have no problem believing that poor diet can cause mood swings, poor digestion can cause neurological problems, poor glandular function can cause weight gain and fatigue. I don’t look at symptoms and try to alleviate them. I look at symptoms and ask, what’s out of balance? Where is this person stressed?

In my way of understanding, even infectious diseases fall within this paradigm. To help explain this radical shift away from modern germ theory, I’d like to share some wisdom from Ramiel Nagel‘s newest book, Healing Our Children:

We continually breathe in bacteria, viruses, and other micro-organisms. Germs are everywhere. They exist in the soil, water, and on virtually everything we touch. Microbes are also in our bodies, including the beneficial bacteria in our intestines that help us absorb nutrients from our foods. When a person is healthy, germs live within them in a harmonious positive state.

It is a well accepted fact that many viruses and bacteria such as polio, tuberculosis, and HIV, may be present in many healthy people’s bodies in a dormant state, called latency, with the person experiencing no symptoms of disease. In several experiments, different germs from people infected with diseases like diphtheria, could not be passed to healthy subjects no matter what method of infection was tried. Even with our enormous exposure to microbes, most of them don’t make us sick….

During the time of Mr. Pasteur, there also lived another French scientist by the name of Antoine Bechamp. He believed … yes, hold your breath here … that germs do not cause disease. Rather, he believed that germs exist and evolve in relationship to the changing conditions of the ecosystem in which they live. In other words, it is the unhealthy environment inside your body that creates sickness by providing the fertile ground on which the germs can mutate and take harmful forms. Thus, germs can mutate and take new shapes and forms, and do so in response to their environment. The change occurs in stages, in a progression from simpler to more complex forms….

But surely, you may be saying, the germ theory must be correct. It has been in application for over a hundred years now, giant corporations make billions off of its tenets, our medical establishment is based on it, and it is taught in schools and reported about in the media. Consider the fact that even Mr. Pasteur is said to have admitted on his death bed that “the microbe is nothing: the terrain is everything.” Finally, newer live field microscopes which allow viewing of living samples at high magnifications show clear and irrefutable proof of microscopic forms evolving and changing in response to their terrain in a matter of seconds and minutes. This proves conclusively that pleomorphism is a real phenomenon and a part of our natural world.

There is evidence to suggest that microbes exist within the body to help the body clean and restore itself, and are a condition assicated with a diseased state but are not the cause of disease per se. For example, tuberculosis is a disease blamed on a bacterium, yet renowned tuberculosis expert Walter R. Hadwen, M.D., states: “Nobody has ever found a tubercile bacillus in the earliest stages of tuberculosis.”….

In other words, if our bodies were simply in balance and our immune systems functioning at full strength, the “terrain” of our internal systems would promote a healthy microbial presence. When we’re out of balance, our “terrain” becomes inhospitable to the microbes, and they actually mutate or “morph” into other more, dangerous forms which make us sick. Our weakened immune systems make us sick not because they can’t fight off infection, but because they cause infection.

You may argue that it’s all just semantics, and in a way, you’d be right. What does it matter if the end result is the same: we’re sick because of failing immune systems. But consider that by wholeheartedly embracing Pasteur’s germ theory, almost all of modern Western medicine is built on treating symptoms rather than underlying causes.

And in many other cases, symptoms are our body’s way of telling us that something is out of balance, that we’re not eating the right foods, that our environments, activity levels, and stress is killing us, that’s why is important to keep the body and the mind well, the body by eating well and exercising regularly.

So, over the next couple of months, I’ll be doing a series of posts on what I call the Keys To Health. We’re going to look at a few key systems in the body and how they affect our overall health, including our digestive system (particularly our small intestines, and liver) and our endocrine system (particularly our pituitary, adrenal, and thyroid glands, and pancreas). We’ll examine how these systems are designed to function and what we can eat to promote their best performance.

Hope you enjoy the ride!

UPDATE — THE FOLLOWING POSTS HAVE BEEN WRITTEN IN THIS SERIES: