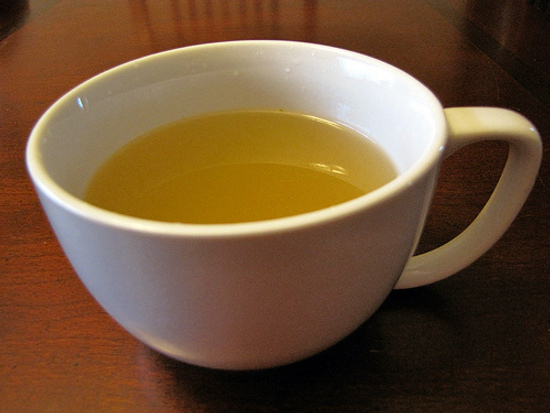 In 1908, the Japanese invented monosodium glutamate to enhance food flavors, particularly meat-like flavors. Did you know we actually have glutamate receptors on our tongues? It’s the protein in food that the human body recognizes as meat. With the ability to hydrolize just about any protein to create free glutamic acid, we now had a way to create intense, meat-like flavors without any meat present.

To get those flavors before the invention of MSG, people the world over used bone broths. Now industry had created a way to short cut the lengthy and nourishing process of creating stocks from the bones of beef, chicken, lamb, pork, and fish. They could make food that tasted “just as good” at a fraction of the cost.

But at what cost to our health?

The dangers of MSG have been well documented, and not without cause. MSG really is dangerous for us.

But perhaps even more dangerous than what’s in our food is the shocking realization of what’s missing. Without bone broths, our diets are sadly out of balance. From an article by Sally Fallon:

Stock contains minerals in a form the body can absorb easily—not just calcium but also magnesium, phosphorus, silicon, sulphur and trace minerals. It contains the broken down material from cartilage and tendons—stuff like chondroitin sulphates and glucosamine, now sold as expensive supplements for arthritis and joint pain.

Fish stock, according to traditional lore, helps boys grow up into strong men, makes childbirth easy and cures fatigue. “Fish broth will cure anything,” is another South American proverb. Broth and soup made with fishheads and carcasses provide iodine and thyroid-strengthening substances.

When broth is cooled, it congeals due to the presence of gelatin. The use of gelatin as a therapeutic agent goes back to the ancient Chinese…. Although gelatin is not a complete protein, containing only the amino acids arginine and glycine in large amounts, it acts as a protein sparer, helping the poor stretch a few morsels of meat into a complete meal. During the siege of Paris, when vegetables and meat were scarce, a doctor named Guerard put his patients on gelatin bouillon with some added fat and they survived in good health.

Aren’t we brilliant? We eliminated one of our primary sources of calcium, as well as many vital nutrients for joint health. Then when we suffer from osteoporosis and arthritis, we assume it’s just because we’re “getting old.” We spend a fortune on medicines and artificial supplements trying to undo the damage.

To top it all off, we replace a nutrient-dense food with a poison.

Back when we used to butcher animals locally and make use of it all in our cooking, hooves, bones, knuckles, carcasses, feet, heads, and tough meat went into the stock pot to create a savory nutrient-dense food that flavored just about everything: gravies, soups, stews, sauces. Now we’ve abandoned the tradition of broth making, opting instead for bullion cubes, dehydrated soup mixes, sauce mixes, and the convenience of fast food.

Today, broth is uncommon in American cuisine. But it’s a vibrant part of most traditional cultures. That’s because the gelatin in broth also helps the body assimilate protein, so you can stretch meat further when you serve it in a meal with a properly made, nutrient-dense bone broth. In the Asian cultures of Japan, Korea, China, and Thailand, mom-and-pop businesses steam up back rooms making broth and sell it on street corners.

This prompted Sally Fallon to write:

What America needs is healthy fast food and the only way to provide this is to put brothals in every town, independently owned brothals that provide the basic ingredient for soups and sauces and stews. And brothals will come when Americans recognize that the food industry has prostituted itself to short cuts and huge profits, shortcuts that cheat consumers of the nutrients they should get in their food and profits that skew the economy towards industrialization in farming and food processing.

So, you see? What America needs is more brothals!