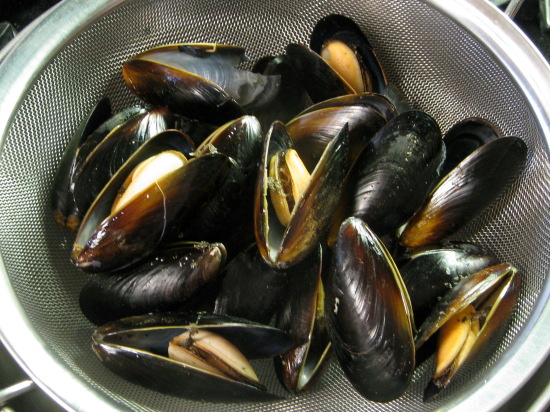 This kid-pleasing mussel chowder recipe makes an inviting Fall soup. Cheesy, warm, and rich in mussels and nourishing fats, this Southwest Mussel Chowder always has them begging for seconds.

Its story is like many other such recipes born of necessity. One day I realized I had a freezer full of mussels instead of clams, so Southwest Mussel Chowder was born.

Begin by boiling mussels in just enough water or fish broth to cover them.  Boil just until the shells open, then remove from heat, drain, and allow to cool. Reserve the broth. 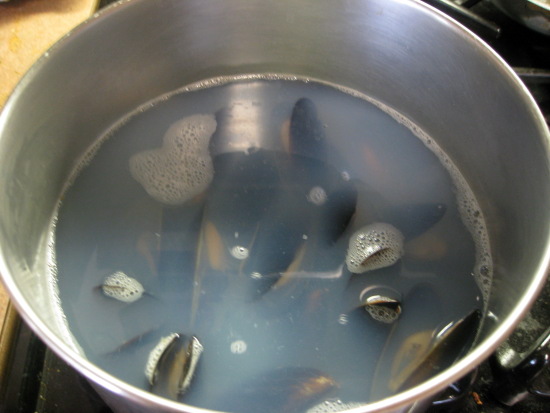 Add potatoes, green chiles, cumin, salt, and chili powder to the mussel broth and boil until the potatoes are tender. Meanwhile, remove mussels from shells and dice small.

When the potatoes are tender, turn off your stove. Remove half the potatoes and broth to a blender and blend until smooth. Add blended potatoes back to soup pot. Or, if you have a stick blender, blend in the pot but leave roughly half the potatoes intact. With burner still turned off, stir in butter, cheese, and diced mussels until butter and cheese are melted. 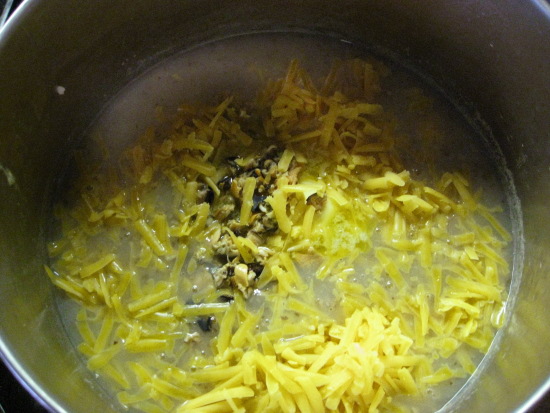 Dish mussel chowder into bowls and serve with a dollop of sour cream. 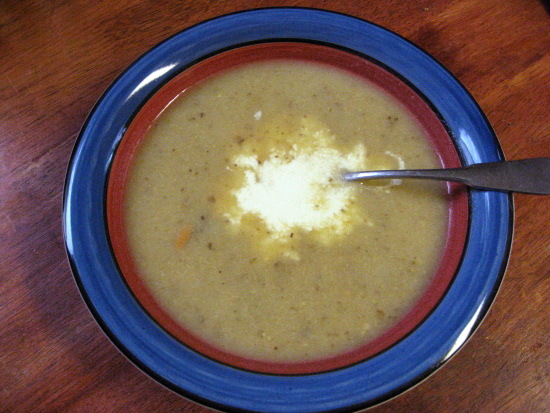 If you’re looking for a way to serve your family nutrient-dense mussels, I don’t think you’ll find a more simple, hearty recipe than this Southwest Mussel Chowder.