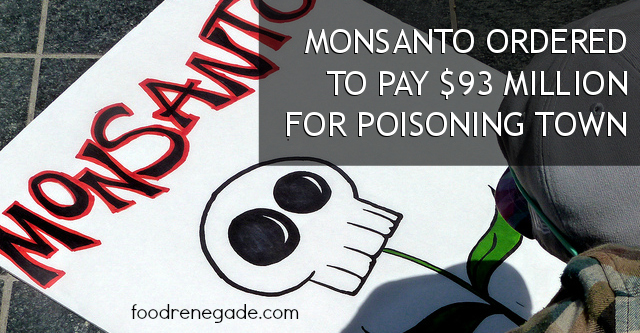 The West Virginia State Supreme Court finalized a big blow to the biotech giant Monsanto this month, finishing a settlement causing Monsanto to pay $93 million to the tiny town of Nitro, West Virginia for poisoning citizens with Agent Orange chemicals.

The settlement was approved last year, but details were worked out only weeks ago as to how the funds were to be spent.

The settlement will require Monsanto to do the following: 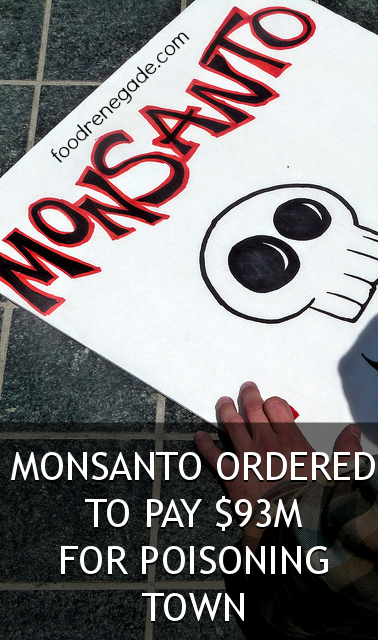 Just how were Nitro citizens exposed to dioxin? Monsanto was producing the toxic herbicide Agent Orange in Nitro, and dioxin is a chemical byproduct of the substance. It is known to cause serious health conditions. Source: (http://www.pharmawatchdogs.com) The factory which produced Agent Orange was opened in Nitro in 1948 and remained in operation until 2004, even though usage of this herbicide in the past (in Vietnam and other Asian countries) was fatal to millions of citizens and the war veterans who were exposed to it.

“There is no doubt that during and after the war, many Vietnamese absorbed this very toxic material [dioxin]. It is our belief from toxicological research and epidemiologicalstudies from many countries that this dioxin probably resulted in significant health effects in Vietnam.” – Arnold Schecter and John Constable

“The politics of dioxin has been bitterly debated since the Vietnam War, but … we know that there is a health issue there and hopefully people will get their houses cleaned and the risk will come to an end and those exposed in the past will have the benefit of keeping an eye on their health.”

The people of Nitro still need to fill out a register to receive the benefits outlined in the settlement. Due to the pivotal nature of this landmark settlement, Nitro citizens need to participate as fully as possible to set a precedent for other class action suits that farmers and consumers of GMO foods around the world might wage against Monsanto in the future to finally take them down. If enough of us do it at once, then even their bloated coffers will finally be depleted, and we can enjoy a world without being poisoned to death.

While this case did not involve glyphosate, another deadly toxin used in Monsanto herbicides such as RoundUp, its time will come soon.