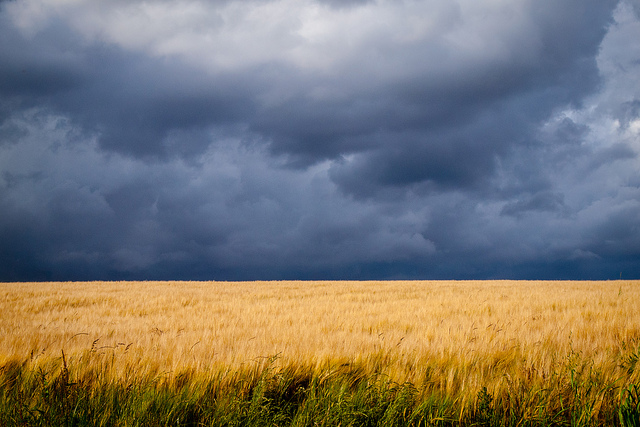 Did you know there is no genetically modified wheat approved for U.S. farming? Yet farmers in Oregon recently discovered a non-approved strain of GMO wheat in their fields — a strain that Monsanto stopped testing in Oregon way back in 2001.

Officials aren’t commenting about how the wheat may have gotten there, but I don’t think it takes a genius to figure out. GMO contamination of non-GMO fields is notoriously widespread, particularly in seed-bearing crops that are wind-pollinated.

I seriously doubt this was an act of bioterrorism, or that someone maliciously planted the GMO wheat in this field, or that the farmers are guilty of thieving and espionage against Monsanto. The simplest answer is likely the correct one. Monsanto’s experimental GMO crops contaminated non-GMO crops, and more than a decade later the GMO wheat is still spreading.

According to this NBC news story:

Many countries around the world will not accept imports of genetically modified foods, and the United States exports about half of its wheat crop.

The director of the Oregon Department of Agriculture, Katy Coba, said in a statement that the discovery is “a very serious development that could have major trade ramifications.” The state exports about 90 percent of its wheat….

Firko and Acting Deputy Secretary of Agriculture Michael T. Scuse said they have already been in touch with international trading partners to try and assuage any concerns.

“Hopefully our trading partners will be understanding that this is not a food or feed safety issue,” Scuse said.

Japan stopped imports of U.S. wheat the day after the USDA confirmed that this Oregon wheat was tainted with experimental, non-approved GMOs. Which countries will be next?

By law, organic producers can not grow GMO crops. Yet what happens when their field of organic corn or wheat is contaminated with pollen from a nearby field of GMOs?

They lose their organic certification, that’s what.

Of course, Monsanto was quick to point out that there are no safety concerns involved with this discovery.

No evidence exists that the never-approved wheat has entered the commercial food or feed supply, he said. Monsanto said there’s reason to believe the incident is highly isolated and should not concern consumers or trading partners.
(source)

Well. I’m glad they cleared that up. I feel oh so much better. 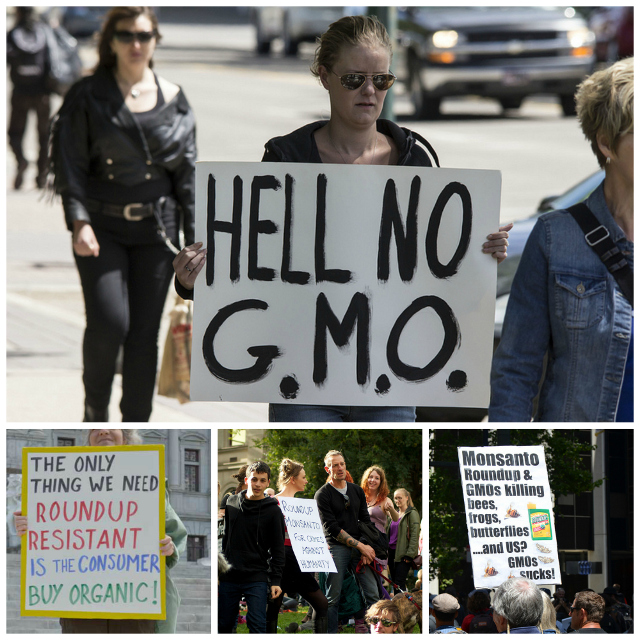