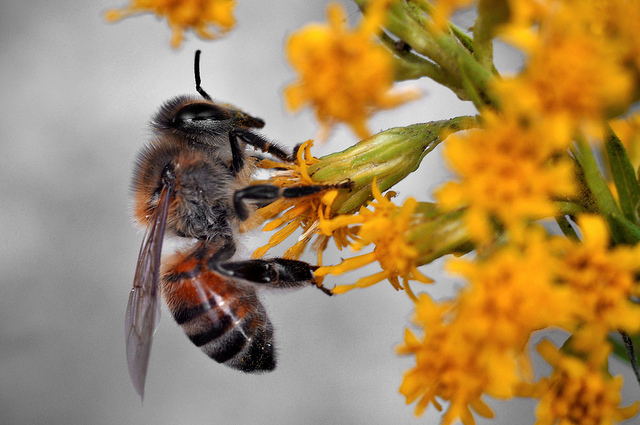 Our nation’s bees are vanishing. Every winter for the last six years, more than a third of all bee colonies in the U.S. have simply … gone. The staggering losses within the bee population have caused many to speculate on causes.

Is it GMOs? Is it new pesticides? Is it a bacteria or virus? The media have given the phenomena a name: Colony Collapse Disorder. Now the decimated bee population has finally reached critical mass.

According to an industry wide survey, there will no longer be enough bees in the U.S. to pollinate our almond, avocado, blueberry, pear, plum, and apple crops this year.

Are you scared yet?

While I despise alarmist thinking, this crisis simply can’t be ignored.

California harvests more than 80% of the world’s almonds. But you can’t grow the nut without honey bees and it takes 60% of the US’s remaining colonies just to pollinate that one $4 billion cash crop.

If the death toll continues at the present rate, that means there will soon be barely enough bees to pollinate almonds, let alone avocadoes, blueberries, pears or plums. “We are one poor weather event or high winter bee loss away from a pollination disaster,” USDA scientist Jeff Pettis said in the report.
(source)

One poor weather event or one more winter…

Did you catch that? Another summer of drought, unseasonable rains, or one more winter like the past six.

That’s all that stands between you and no more almonds.

What can you do? 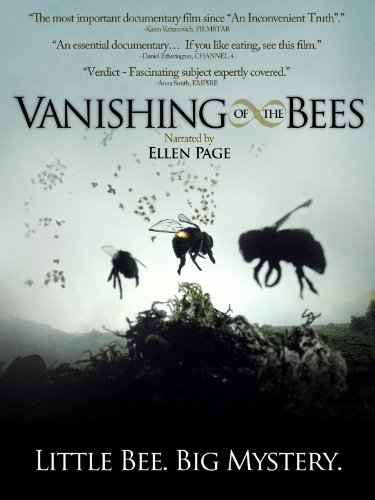 A recent documentary called Vanishing of the Bees explored the potential causes of the decimation of the bee population.

One of the most likely culprits being examined is a class of pesticides called neonicotinoids. Research done in the European Union (where they are experiencing similar, but not as dramatic losses) has led the EU to temporarily ban this class of pesticide altogether.

The research is not yet conclusive, but an overview of it published in the journal Nature describes it this way:

A growing body of research suggests that sublethal exposure to the pesticides in nectar and pollen may be harming bees too — by disrupting their ability to gather pollen, return to their hives and reproduce.
(source)

In light of the mounting evidence, the EU effected a two year ban on neonicotinoids as a precautionary measure while they examine the evidence and call for more research. We should encourage our own legislators to do likewise.

The U.S.’s Environmental Protection Agency recently issued a lengthy report arguing that because the cause of colony collapses are likely due to a complex set of stressors, it would not place a ban on neonicotinoids. Rather, they’re undertaking their own review, which they expect will be completed in five years.

Say it ain’t so. We don’t have five years.

We may not even have one.

Bee-killing pesticides are not the only culprit, although they likely contribute to the problem. Many blame poor hive nutrition.

In nature, bees feed honey to their offspring. In commercial bee colonies, we harvest the honey and feed the bees high fructose corn syrup instead.

Swapping out honey robbed the bees of things they need to rev up their detoxification systems just when they needed it most — as they were exposed to an increased load of both pathogens and pesticides.
(source)

So, how can we save the bees?

1. We should err on the side of the environment, rather than on the side of economic profits for the pesticide industry, and immediately ban neonicotinoids.

2. We should encourage and support local beekeepers feeding their bees honey rather than HFCS. Heck, why not start keeping your own bees?

3. We should plant bee-friendly flowers and allow the pollinators free reign in our lawns and gardens instead of immediately trying to kill any nearby hives.

4. We can encourage and support the work of researchers trying to breed sturdier bees.

The report recommends stepping up efforts to identify genetic traits in particular bees that make them resistant to suspected causes of CCD. Some honey bees, it turns out, take “suicidal risks” when infected with disease to prevent spreading the contagion to the colony.

All of this together may not be enough. There are still too many unknown variables — like GMO crops where the plant itself is registered as an insecticide with the EPA.

Who can say what the long-term effect of these crops is on the honey bee population? Perhaps they are like neonicotinoids — initially appearing safe, but ultimately weakening the bees across generations.