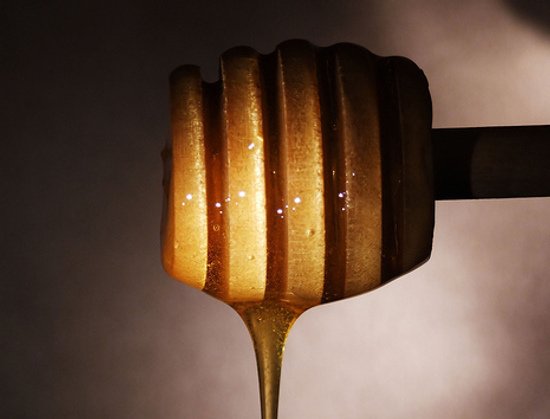 With the recent bad press surrounding High Fructose Corn Syrup (HFCS), a growing number of people are turning to natural sweeteners to satiate their cravings for sugary goodness. But there’s a lot of confusion out there.

We in the Real Food Revolution have done such a thorough job demonizing HFCS that refined white sugar looks saintly in comparison.

But you and I know better.

So, most of us have two responses. First, we try to reduce the amount of refined sugars we consume. This alone can be quite the challenge.

Virtually everything you can buy at the supermarket contains an added refined sweetener, even things you may not think of as sweet. There’s HFCS or sugar in your ketchup, your yogurt, your salad dressing, your mustard, your bread. The list goes on.

And second, we try to switch out refined sweeteners with their more natural counterparts like honey, sucanat, maple syrup, or palm sugar. (And whatever you do, don’t be fooled by so-called “natural” sweeteners like agave nectar or truvia which are masquerading as healthy alternatives.)

These are both good first steps, but they’re only that — first steps.

Because the main nutritional culprit in sweeteners is precisely what makes them sweet — the sugar.

There was a time when people knew that eating sweets made them fat. In the last thirty years, we’ve switched our cultural emphasis away from the evils of sweets and onto the evils of fats (you know how I feel about that).

But the truth is simple: eating sweets makes you fat. It’s how our bodies are programmed to work.

When you eat something sweet, your blood sugar levels (the amount of glucose in your blood stream) rise. Your pancreas then secretes insulin, a hormone which tells your liver to start taking up the glucose out of the blood and converting it to glycogen for storage.  This in turn makes your liver stop transferring fat out of your adipose tissues (fat cells) and burning it for energy. Instead, your liver starts using its stored glycogen reserves to fuel your cellular metabolism.

Did you catch that?

When you eat sugar, your body stops burning fat as a fuel source. By eating a diet unnaturally high in sugars, we are training our body’s metabolism to store fat.
And that’s just one reason why sugar is bad for you.

I haven’t even begun to go into the other forms of havoc it wreaks on your body, the ins and outs of over burdening your pancreas, and what all this has to do with the nurturing of chronic diseases like heart disease, diabetes, and cancer.

But what about natural sweeteners, surely they’re better for you than refined sugars?

First, the positives.  Natural sweeteners are Real Food, meaning they’re old and they’re traditional.  They’ve been around pretty much forever. As such, our bodies are better equipped to eat them. Usually, natural sweeteners don’t cause as large a spike in insulin levels as refined sweeteners, so they’re less likely to contribute to insulin resistance and over burden your pancreas.  On a practical level, that means they can reduce your risk for developing diabetes while simultaneously not sending you into the violent mood and energy swings associated with sugar consumption.

Now for the negatives. On a cellular level, they’re still sugar. So, ultimately, they still cause your body to store excess fat. If you eat enough natural sweeteners to satiate your sweet tooth, chances are you’re eating far too much.  (After all sugar is addictive, and you need progressively more of it to satisfy your cravings.) So while natural sweeteners may be less of a burden on your pancreas, they’re still a burden. While they may lower your insulin resistance, they don’t lower it enough (particularly if your diet is high in carbohydrates from grains like wheat, oat, corn, and rice).

So, what’s the next step?

I said those are good first steps, and they are. If that’s where you’re at, I don’t want you to get discouraged. Even I still struggle to avoid eating too many sweets, particularly when they’re presented to me in celebratory settings like holidays, birthdays, or dinners out.

But to my way of thinking, the next step ought to be this: try to get your personal sugar consumption down to where it was culturally before the turn of the last century (5 pounds a year).  Remember, large-scale production of sugar didn’t even come on line until the 18th century, and even then it was nowhere near as readily available then as it is now.  Put simply: sweets are new to the human diet.

The only way to get your personal sugar consumption that low is to try to eliminate it from your diet altogether.

It’s a hard, hard thing to do, but it’s what I’m working on.

If you have any ideas on how you can limit your personal sugar intake, I’d like to hear them. I’m sure we can all help each other in this challenge.