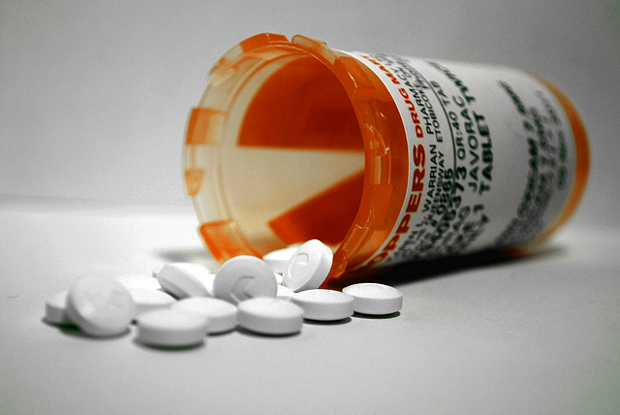 Did you know your body is made up of about 100 trillion human cells, but that you are host to 1500 trillion microbes? In fact, two to five pounds of your body weight is nothing but microbes. Most of this microbial life lives in your gut and helps you digest the myriad of foods you eat.

Recent science has revealed that if you have an unhealthy balance of gut microbes — a condition called gut dysbiosis — it affects more than just your digestion. It can cause immune-related disorders including asthma or allergies, lead to mental problems in the form of ADD or bipolar disorder, and even present neurological symptoms like autism or MS.

But did you know that according to a recent study published in Nature, gut dysbiosis brought on my a course of sub-therapeutic antibiotics can also make you fat?

One of the keys here is the word sub-therapeutic. These are the low doses of antibiotics like those routinely fed to factory farmed animals to serve as growth promoters — like the ones we’re routinely subjected to when we eat those same animals.

In an August study published in Nature, a team of New York University researchers subjected mice to regular low doses of antibiotics—just like cows, pigs, and chickens get on factory farms. The result: After seven weeks, the drugged mice had a different composition of microbiota in their guts than the control group—and they had gained 10 to 15 percent more fat mass.

Why? “Microbes in our gut are able to digest certain carbohydrates that we’re not able to,” says NYU researcher and study coauthor Ilseung Cho. Antibiotics seem to increase those bugs’ ability to break down carbs—and ultimately convert them to body fat. As a result, the antibiotic-fed mice “actually extracted more energy from the same diet” as the control mice, he says. That’s great if you’re trying to fatten a giant barn full of hogs. But what about that two-legged species that’s often exposed to antibiotics?

Does this mean antibiotics make us fat?

So what if sub-therapeutic levels of antibiotics make animals fat? Does that automatically mean that normal rounds of antibiotics prescribed by doctors for our illnesses are making us fat?

Does that mean that if we eat meat from animals that have been fed these sub-therapeutic antibiotics, we’ll also get fat?

The answer may just be yes.

First, we find out that research done on the correlation between routine antibiotics and weight gain has been done:

The NYU team has produced another recent paper looking at just that question. They analyzed data from a UK study in the early ’90s to see if they could find a correlation between antibiotic exposure and kids’ weight. The study involved more than 11,000 kids, about a third of whom had been prescribed antibiotics to treat an infection before the age of six months. The results: The babies who had been exposed to antibiotics had a 22 percent higher chance of being overweight at age three than those who hadn’t (though by age seven the effect had worn off).
(source)

A recent European study showed that tiny levels of antibiotics could have an effect on microorganisms. The researchers took some meat, subjected it to antibiotic residues near the US limit, and used a traditional technique to turn it into sausage, inoculating it with lactic-acid-producing bacteria. In normal sausage making, the lactic acid from the starter bacteria spreads through the meat and kills pathogens like E. coli. The researchers found, though, that the antibiotic traces were strong enough to impede the starter bacteria, while still letting the E. coli flourish. In other words, even at very low levels, antibiotics can blast “good” bacteria—and promote deadly germs.

If it can do that in naturally-fermented sausage, what do you think it’s doing to your gut?

What can you do about it?

I think the answer is obvious.

1. Avoid any and all unnecessary antibiotic treatment.

I’m not opposed to all antibiotics. I recognize how amazing they are at treating many life-threatening diseases.

As recently as 100 years ago, the world was a much scarier place because of some infections that just couldn’t be combated “naturally” with diet or herbal remedies. Think of all the people who used to have limbs amputated because of gangrene or other infections setting into wounds! Keeping a wound sterilized and clean helps SOME, but it will not prevent some infections from gaining traction. Think of all the people who used to die from bacterial infections like typhoid, syphilis, tetanus, or meningitis — or who used to have to live with terrifying debilitating diseases like leprosy. Antibiotics have made a HUGE, POSITIVE difference in our lives!

That said, I won’t give them to my kids just because they have an ear infection. Mild infections like strep throat or childhood ear infections or sinus infections will often resolve themselves. And, there are safe home remedies that I’ve turned to repeatedly with great success.

But if my kid gets typhoid fever while visiting Mexico, I will most certainly give him an antibiotic.

In the same way, if a farm animal is truly sick, I’ve got no problem removing them from the herd and giving them a therapeutic dose of antibiotics to treat the infection and save their life. It’s the humane thing to do.

The key here is to avoid unnecessary antibiotics.

2. Avoid buying food made from animals that have been treated with antibiotics.

You can do this by knowing your farmer. Buy directly from them and know how they treat their animals. Ask what they do when animals get sick. Ask how they prevent infection.

You can also do this by buying organic, as organic standards forbid the use of antibiotics. A rancher raising a certified organic herd of cattle will still treat his animals with antibiotics, but the treated animal will be culled from the herd and not sold to you as organic beef.

« Is Your Cheese Made With GMOs?
Decoding Labels: French’s Worcestershire Sauce »