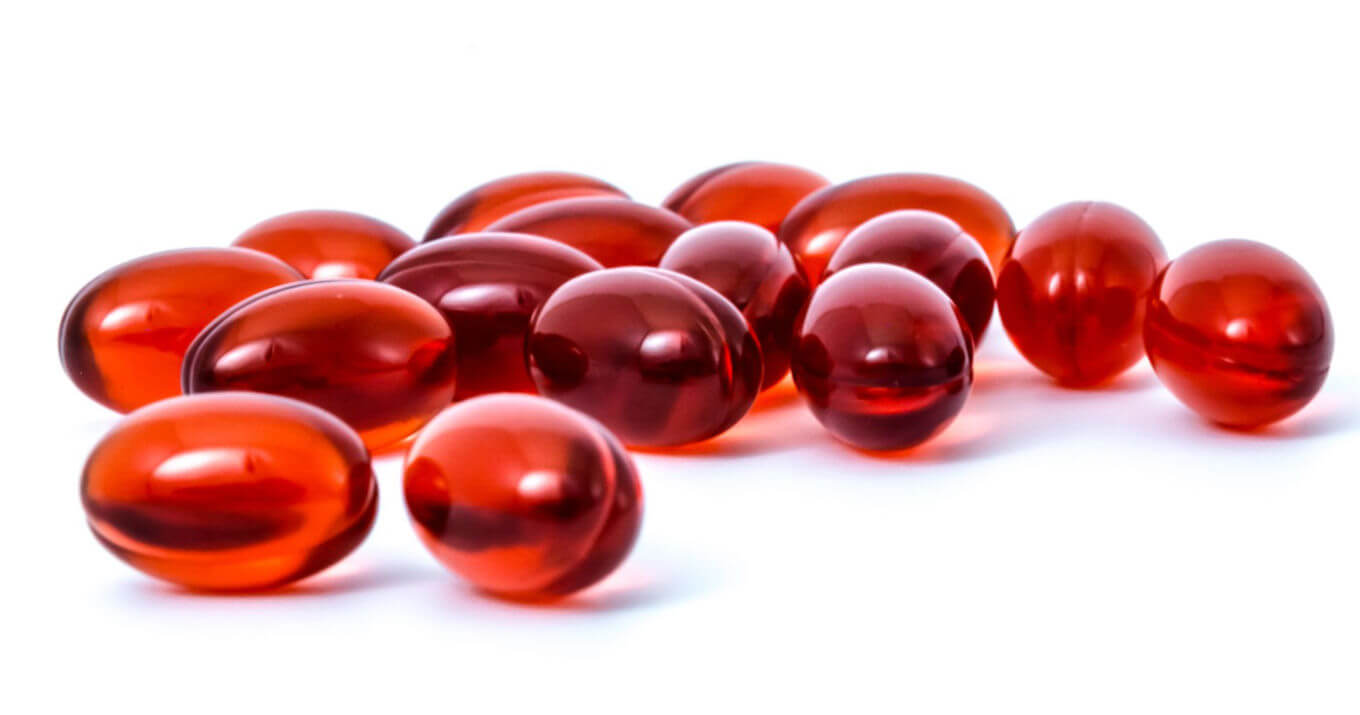 Have you heard of astaxanthin? It’s what makes wild salmon red. It’s also the most powerful antioxidant on the planet — 550 times more potent than vitamin E.

Put simply, krill oil with astaxanthin is a superfood. And unlike other seafood based superfoods which are of questionable sustainability (I’m looking at you, cod liver oil), krill oil can be one of the most sustainably harvested seafoods in the world.

Inflammation is arguably the root cause of every major chronic disease. The evidence associating inflammation with heart disease, type 2 diabetes, alzheimer’s disease, obesity, rheumatoid arthritis, cancer, and many other chronic illnesses continues to mount. (Sources: 1, 2, 3, 4, 5)

One of nature’s many ways to combat inflammation is with anti-oxidants.

Astaxanthin beats them all. According to this study, it’s

When studied in humans, astaxanthin was also shown to reduce oxidative stress and inflammation (source).

Why Krill Oil with Astaxanthin?

While you can buy astaxanthin as an isolated nutrient, it doesn’t come that way in nature. Rather, it’s usually found in marine animals like salmon, crab, lobster, and shrimp…

Because Krill Oil is Sustainable

Krill are tiny crustaceans that feed on phytoplankton and zooplankton. According to some, they are the largest biomass on the planet. They have relatively short lifespans, reproduce quickly, and are food to all kinds of marine life including whales and penguins. Their short lifespans and ease of reproduction contribute to their long-term sustainability.

As with all seafood, managing sustainability is a must. Overfishing krill can easily decimate the ocean’s whale population, along with those of many other marine animals.

Thankfully, krill can easily be harvested in a sustainable way. The Convention for the Conservation of Antarctic Marine Living Resources, the international body responsible for managing fishing in the Antarctic Ocean has set an annual catch limit of 3.47 million tonnes. Anything more is considered unsustainable. To date, the total krill catch rate worldwide is only about 150,000 – 180,000 tonnes per year.

The true danger with krill fishing is that you may overfish a particular, small area and thereby adversely impact the other area marine life that depends on krill for food. To avoid this problem, I simply source my krill oil from a fishery that emphasizes sustainable management.

Because Krill Oil is Naturally Non-Toxic

One of the greatest dangers associated with eating seafood is heavy metal toxicity from pollutants like mercury. The longer lived and bigger a seafood is, the more mercury and other contaminants are present.

Because of their small size and short lifespans, krill have no detectable mercury contamination.

Because Krill Oil has Phospholipid Omega-3s

Essential to human health and wellness, Omega-3 fatty acids are routinely studied by nutrition scientists. They’ve found that by keeping an Omega-3 to Omega-6 ratio of 1:4, we can benefit:

In light of all these positive improvements, the public has been urged to take fish oil supplements high in Omega-3 fatty acids to improve their ratios of Omega-3 to Omega-6 fats.

While this is surely helpful, I think it’s also important to balance your fish oil intake so that you don’t eat more than 4% of your calories from these polyunsaturated fats. Not only would this keep us in line with the balance of fats healthy, successful traditional cultures ate, it also appears to reduce long-term risk of inflammation. (Read Should You Take Fish Oil? for more on that. Because of this, I’ve simply adopted the practice of eating a spoonful of coconut oil for every gram of fish oil I consume.)

But did you know that not all Omega-3s are the same? Some are phospholipid Omega-3s, and others are triglyceride Omega-3s.

Because I Want Therapeutic Doses of Astaxanthin

According to research, a therapeutic dose of astaxanthin is 12mg per day. It’s nearly impossible to eat enough astaxanthin:

Wild Pacific salmon, especially sockeye salmon, have the highest astaxanthin content. However you’d have to eat about 6 ounces (165 grams) daily to get a 3.6 milligram dose. Since studies show that doses greater than that provide anti-inflammatory benefits, I always suggest an astaxanthin supplement.
(source)

This is also why she doesn’t recommend krill oil as a source of astaxanthin. In most krill oils, a capsule contains a mere 0.1 mg of astaxanthin — nowhere near a therapeutic dose.

Unfortunately, though, almost all commercially available isolated astaxanthin is synthetic, created in laboratories from petrochemicals or petrochemical derivatives. It’s primary use is as a food for farmed salmon so that their filets can have a pinkish hue rather than an unappealing grey one.

Where to Buy Krill Oil with Astaxanthin 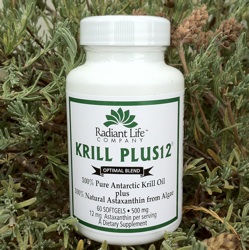 Thankfully, I’ve found a krill oil that concentrates 6mg of astaxanthin per capsule (so just two capsules put you at the daily therapeutic dose!). One of my sponsors, Radiant Life, makes just such an oil.

And as you’d expect from Norman and Kathy LeMoine, Radiant Life’s Krill Oil is sustainably harvested and 100% natural.

And, unlike most commercially available astaxanthin, the astaxanthin in their Krill Plus12 supplement is naturally concentrated from algae and phytoplankton.