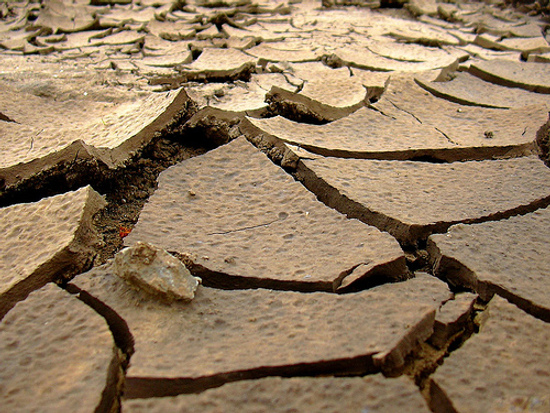 It’s easy to forget that good soil is the wealth of nations. Everything about today’s economy is so abstracted and global that the quality of your local dirt isn’t likely to make your list of top 5 economic resources.

Nevertheless, it’s true. Soil is far more than just dirt for your kids to play in.

In the book The Soil And Health by Sir Albert Howard and Wendell Berry (page 22), we read: “The soil is, as a matter of fact, full of living organisms. It is essential to conceive of it as something pulsating with life, not as a dead or inert mass. There could be no greater misconception than to regard the earth as dead: a handful of soil is teeming with life.”

Fertile soil is soil that is “teeming with life” – life that is born, dies, and breaks down in a never-ending cycle, creating soil that is rich in nutrients made readily available to the plants growing in that soil.

Unfortunately, modern agricultural practices have neglected the life and quality of the soil. Rather than creating rich soil, teeming with life, industrialized agriculture has created dead soil inundated with synthetic fertilizers. Not only is the food grown using synthetic fertilizers less nutrient-dense, it may also be dangerous for you.

In the March issue of Ode Magazine, you’ll find a fantastic article on dirt. More specifically, the soil crisis.

What is the soil crisis?

If you don’t already know the bad news, I’ll make it quick and dirty: We’re running out of soil. As with other prominent resources that have accumulated over millions of years, we, the people of planet Earth, have been churning through the stuff that feeds us since the first Neolithic farmer broke the ground with his crude plow. The rate varies, the methods vary, but the results are eventually the same. Books like Jared Diamond’s Collapse and David Montgomery’s Dirt: The Erosion of Civilizations lay out in painful detail the historic connections between soil depletion and the demise of those societies that undermined the ground beneath their feet.

The article goes on to describe how modern agricultural practices are eating away at our soil. The author then goes on a sort of pilgrimage, interviewing innovative farmers who are tackling the difficult problem of building soil rather than eroding it.

To solve the soil crisis by finding sustainable methods of agriculture that actually build topsoil while the land’s productive, rather than the modern methods which deplete topsoil more quickly than we can replace it.

Among the heroes interviewed is one of my favorites — John Jeavons, founder of Ecology Action and author of How to Grow More Vegetables and Fruits (and Fruits, Nuts, Berries, Grains, and Other Crops) Than You Ever Thought Possible on Less Land Than You Can Imagine. It’s a long-winded title, but well worth the read.

So, go read the full article.

And, if this topic interests you, be sure to tune in on April 20th to your local PBS station for it’s airing of DIRT! The Movie. (Preview below!)