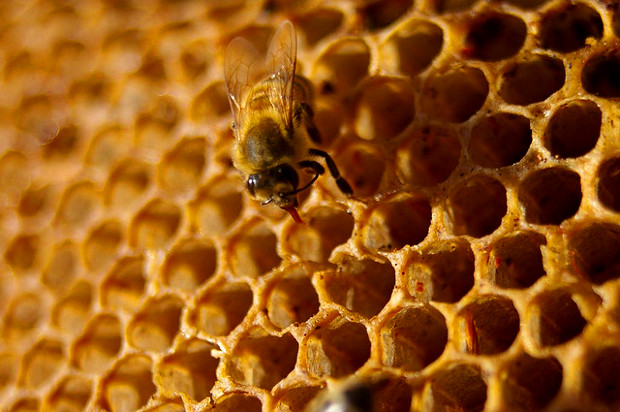 Remember how your honey is likely fake? And your olive oil, too? Until recently, testing these fake foods for authenticity was a lengthy process requiring lots of laboratory work, so it was rarely done.

Now a laser designed for use on Mars promises to make testing the authenticity of these foods a breeze. I don’t know about you, but I am utterly thrilled by this judicious application of science and technology! The laser was designed to look for trace amounts of gas in very small particles, to help catalog and identify the origin of the molecule. On Mars, the laser is used to identify whether or not methane particles had a bacterial origin. This would prove that there had been life on Mars!

So how does this laser prove that a food is a counterfeit of the real deal?

RAL Space has teamed up with UK company Protium MS to develop a small portable device that can be used to probe for counterfeit foods — not just honey, but also olive oil and chocolate. This will provide a carbon isotope fingerprint that shows the product’s provenance. “You will know, in the case of olive oil, if it genuinely comes from Sicily or if it is a counterfeited fake,” adds Weidmann.

David Bell, director of Protium, explains that honey is a “classic example” because “it’s an expensive product to buy, but you can create a counterfeit product that looks very similar using sugar instead of bees.” Laser analysis of this sort can match the honey to the flowers of a specific geographic region.

Bell believes that, as lasers become smaller and lighter, this mechanism will be used more in the future to test food health and safety. “The tests can help identify the geographical origin of food products and identify counterfeits with high accuracy,” Bell concludes.

While I’d much rather personally know the farmer, rancher, or artisan who raised, grew, or crafted my food, I am intrigued by a device that can help us know the origin of commercial foods with certainty.

In the very least, it promises to help curb the rampant abuse within our industrial food supply — so long as its use is adopted.

What do you think?

I believe that the more disclosure there is within our food supply, the better. However, I don’t want to burden our farmers with anything akin to the National Animal Identification System. Technology like this Mars laser may be just the thing to help us identify the origin and authenticity of our food, yet do it without a radically increased labor cost and mountains of paperwork.

On the other hand, the pessimist hiding inside me worries that, like any new technology, industrious minds will figure out how to abuse whatever new system forms around it.

What are your thoughts?