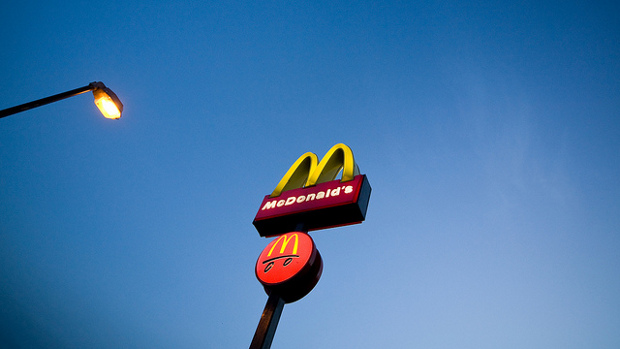 According to an internal memo leaked by Advertising Age, McDonald’s knows it’s unpopular with 19-30 year olds. And here I thought it was just us Real Foodies!

These young people are called millennials, and McDonald’s is planning a large push to beef up their popularity with this age group. That’s because millennials represent the largest generation in America and more than 80 million people worldwide.

Given the bashing that McDonald’s has taken in popular documentaries over the last decade, is this any wonder?

This could have something to do with millennials subscribing to healthier, more sustainable food chains. Even though McDonald’s added salads to its menu as a nutritious alternative for health-conscious consumers a decade ago, this effort has proved insufficient—especially when we learn things like its Caesar salad is more fattening than its burger.

I’m not sure that this generation of millennials is necessarily attached to the idea of “healthier” food. I think it has to do with all the bad press McDonald’s has been receiving in popular films.

What are some of the films that paint McDonald’s in a poor light?

Let’s take a look at the most popular ones. 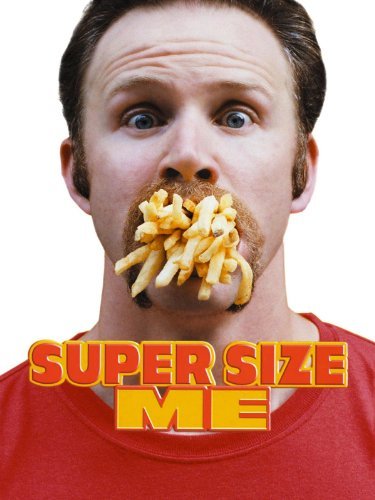 While examining the influence of the fast food industry, Morgan Spurlock personally explores the consequences on his health of a diet of solely McDonald’s food for one month.

The film is a bit sensationalist, and Spurlock often makes the worst possible food choices even when his own rules dictate he could opt for something “healthier” on their menu. He also unduly criticizes McDonald’s for having playgrounds in their restaurants, claiming that such play places are evil marketing towards children. Personally, rather than critiquing the restaurant for being smart enough to provide play places in neighborhoods that otherwise have nowhere for children to play, I’d instead push for even more restaurants to follow suit. As a mom, I really enjoy taking my kids out to eat at “kid-friendly” places.

Yet despite it’s faults, it also does an excellent job pointing out many of the unsavory business practices that propelled McDonald’s into its status as the number one restaurant chain in the world. And, it was nominated for an Academy Award. How many documentaries get to say that?

(Click here to watch or buy Super Size Me.) 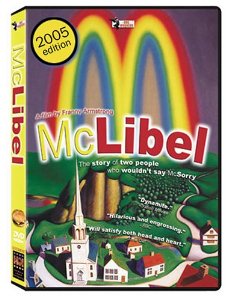 In the UK, McDonald’s used to routinely use the UK’s libel laws to suppress criticism. Even major media outlets like the BBC and The Guardian opted to publicly apologize and retract unfavorable statements about McDonald’s rather than face trial.

This is the story of two of the UK’s most vocal McDonald’s critics, Helen Steel and Dave Morris, “two people who wouldn’t say McSorry.”

From the movie’s description:

In the longest trial in English legal history the “McLibel Two” represented themselves against McDonald’s 10 million legal team.

Every aspect of the corporation’s business was cross-examined: from junk food and McJobs to animal cruelty environmental damage and advertising to children. Outside the courtroom Dave brought up his young son alone and Helen supported herself working nights in a bar.

McDonald’s tried every trick in the book against them. Legal manoeuvres. A visit from Ronald McDonald. Top executives flying to London for secret settlement negotiations. Even spies. Seven years later in February 2005 the marathon legal battle finally concluded at the European Court of Human Rights. And the result took everyone by surprise – especially the British Government.

McLibel is not just about hamburgers. It is about the importance of freedom of speech now that multinational corporations are more powerful than countries.

I enjoyed the film if only because it gave me insight into McDonald’s corporate ethics. While some of the statements about McDonald’s that Helen Steel or Dave Morris made me cringe with their half-truth or excessive vitriol, I still enjoyed the movie.

(Click here to get your hands on a copy of McLibel.) 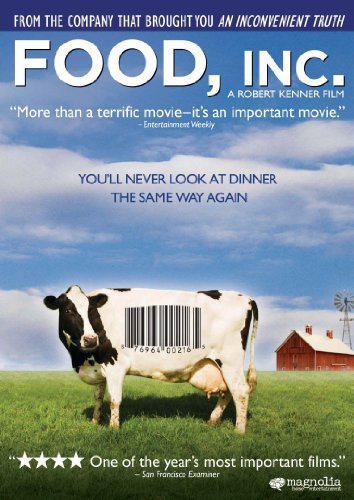 While not entirely about McDonald’s, this documentary does show the role McDonald’s has had influencing the standard American diet.

McDonald’s is a big enough buyer in the American industrial food system that they’re purchasing needs have driven much of the industry’s adaptions — including the switch from finishing cattle on pasture to confined animal feeding operations, as well as the routine treatment of hamburger beef with ammonia.

Be forewarned, though. This film is not for the faint at heart — particularly the rather graphic displays of factory farmed animals. Yet, it’s still a great, if incomplete, indictment of the industrial food scene.

You can read my full review of the film here.

McDonald’s Has A Plan

So, how is McDonald’s going to target millennials influenced by these films and lure them to their golden arches?

With the McWrap — a hip new “healthy” food item and the biggest new product of the year:

Referred to in the memo as a “Subway buster,” the McWrap “affords us the platform for customization and variety that our millennial customer is expecting of us.” The McWrap comes grilled or crispy in three varieties—sweet chili chicken, chicken and bacon, and chicken and ranch—and will range from 360 to 600 calories, depending in part on the type of chicken.

Said the memo: “Our customers are consistently telling us, particularly millennials, they expect variety, more choices, customization and their ability to be able to personalize their food experience.”

I don’t know about you, but I believe a WRAP is in no way the answer to a generation of people looking for more sustainable food choices.

In fact, their “solution” is so far off the mark that I find myself doing a happy dance. Not only are they losing popularity with millennials, but they have no clue how to actually green-wash their product enough to make it appealing to that generation’s detractors.

What do you think? Is this the beginning of the end for McDonald’s?