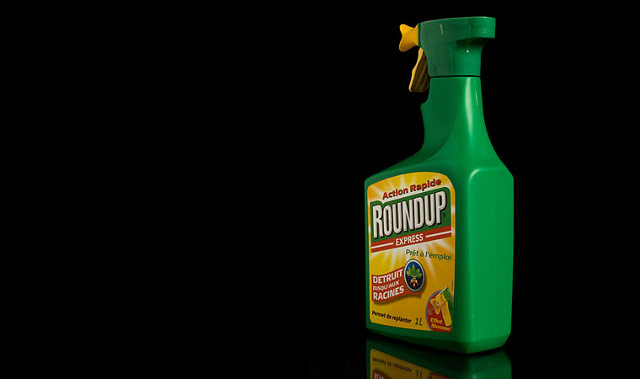 In a recent paper published in the journal Entropy, Dr. Stephanie Seneff and Anthony Samsel argue that the key ingredient in Roundup, glyphosate, contributes to most of the diseases associated with a Western diet — everything from gastrointestinal disorders to mood swings, heart disease to diabetes.

Monsanto has long argued that glyphosate is perfectly safe for humans. That’s because glyphosate works by disrupting the shikimate pathway in a plant’s metabolism. Human metabolism does not have the shikamate pathway, so we are safe.

But are we? Did you know that you are mostly made up of microbial life? That the bacteria and microbes that live within your gut outnumber your own cells 10 to 1? Did you also know that these microbes which sustain you do have the shikimate pathway?

In her paper, Dr. Seneff argues that glyphosate interrupts your gut bacteria’s metabolic pathways the same way it does a plant’s.

The toxins escape into our bloodstream and disrupt neural pathways leading to mood swings, auto immune diseases, and digestive disorders. It can also lead to systemic low-grade inflammation, which cutting-edge research indicates as the culprit behind most chronic diseases like type 2 Diabetes, obesity, and heart disease.

Chronic inflammation falls below the threshold of perceived pain. You don’t think you feel sick, but a fire is quietly smoldering within you, upsetting the delicate balance among all of the major systems: endocrine, central nervous, digestive, and cardiovascular/respiratory. In a healthy body, these systems communicate with each another. With chronic inflammation, that communication becomes distorted.

Medical schools don’t teach much about the inflammatory effects of food, toxic chemicals, or EMF so the medical profession has been slow to appreciate the extent of the problem. “Researchers are linking inflammation to an ever-wider array of chronic illnesses,” reported Newsweek’s Anne Underwood in 2005. “Suddenly medical puzzles seem to be fitting together, such as why hypertension puts patients at increased risk of Alzheimer’s, or why rheumatoid-arthritis sufferers have higher rates of sudden cardiac death. They’re all connected on some fundamental level.”
(1)

Want to see how it’s all connected?

Watch the video below in which Dr. Jeffrey Smith, author of Seeds of Deception: Exposing Industry and Government Lies About the Safety of the Genetically Engineered Foods You’re Eating, interviews Dr. Stephanie Seneff about exactly how glyphosate acts on our inner microbiome.

But, we’re not eating RoundUp!

While it’s true you’re not glugging down bottles of glyphosate-containing RoundUp or pouring it on your food like a condiment, you are eating plenty of glyphosate residues in your food — particularly if you’re eating foods made from RoundUp Ready genetically-modified (GMO) crops like sugar beets, corn, canola (rape), and soy.

Unfortunately, about 85% of the foods sold in grocery stores contain these GMOs.

[Glyphosate] is not included in government monitoring of pesticide residues in food. The only information available about contamination of food comes from research studies.

“Significant residues,” according to the World Health Organization, have been identified from pre-harvest use of glyphosate on wheat (to dry out the grain). Bran contains between 2 and 4 times the amount on whole grains. Residues are not lost during baking.
(2)

In other words, significant amounts of glyphosate residues are routinely found on foods — even foods, like wheat, that are not GMO.

Dr. Seneff argues that these residues do have a cumulatively negative effect on the body, that the effect is “insidious” and “manifests slowly over time.” (3)

How can you avoid glyphosate residues in your food?

Unfortunately, because GMOs aren’t currently labeled in the U.S., you have no way of knowing whether or not you’re eating them. Also, many non-GMO foods are treated with glyphosate or grown in fields where glyphosate was used before planting. Therefore, there only a handful of sure-fire ways to avoid eating glyphosate residues:

1. Opt to buy single-ingredient certified organic food.
2. Choose Non-GMO Verfied labeled foods.
3. Grow your own open-pollinated, heirloom variety plants in non-RoundUp treated soil.
4. Know your farmer and ask pointed questions about his or her growing practices, then opt to support those farmers who do not user RoundUp and plant GMO-free crops.