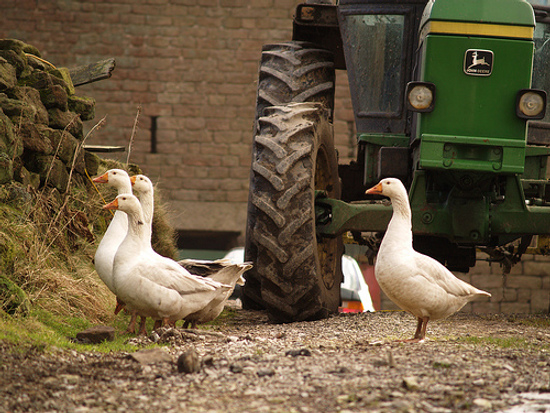 Well, friends, HR 2749 has passed. Of course, we knew it would. But thankfully, a reasoned debate happened before hand, some wording was altered, and many reassurances were given.

To find out how your representatives voted, click here.

Thanks to Jill at the La Vida Locavore, we have a rough transcript of the section of the debate centered around how this bill will affect small-scale direct-to-consumer producers and certified organic producers.

I have deep concerns, however, about the fee structure in the measure, which would charge a farm family making jams or syrup or cheese the same fee as a processing plant owned by a multinational corporation employing hundreds or thousands or workers.  This strikes me as not only unfair but contrary to federal farm policy that has encouraged small and mid-sized family farms to get into small scale value-added enterprises to survive economically.  I am seeking an assurance from the gentleman that a more progressive fee structure will be found that does not inhibit our farm families from taking advantage of new markets.

As a member of the Organic Caucus, I also have concerns about the interplay between this bill and the National Organic Program.  Is it the Chairman’s understanding that this bill would not establish any requirements for organically produced or processed products which are in conflict with the requirements established by the Organic Foods Production Act of 1990 and the USDA’s National Organic Program regulations?

Representative Blumenauer echoes his concerns and adds a few more —

I am also concerned about the language regarding interaction between wildlife, livestock and farming practices. Biodiversity is a prerequisite for a healthy farm and not something we should penalize farmers for. Last week in my state, staff from Oregon State University and the Xerces Society led a tour to four diverse Oregon farms where farmers are utilizing techniques such as naturescaping, floodplain restoration and natural hedgerows to encourage crop health, control pests and invasive species, and enhance soil quality. I am concerned that these practices, which are cost effective and bring benefits to the farm and local wildlife, would be in jeopardy under this legislation.

I believe we should target reform and safety efforts towards practices which have been directly linked to food disease outbreaks, rather than limiting approaches that farmers have used for centuries to reduce their dependence on pesticides, herbicides and other carbon intensive farming techniques.

I would like assurance from the Chairman that as the Food and Drug Administration develops these criteria, they will consider the needs of small farms and the practices of organic farmers.

You’ll note that these are most of the concerns I listed yesterday in my post (pretty much all except giving the FDA the power to ban raw milk sales). The representatives questioning the bill made no mention of the NAIS system being implemented on small scale farms, but that’s because the bill that went to floor today provided exemptions from NAIS-type requirements for small-scale farms selling more than half of their products directly to consumers. YAY! For those of you who called your representative, give yourself a pat on the back!

And, you’ll also be pleased to hear the assurances given in response to the concerns of Mr. Farr and Mr. Blumenauer:

The bill before us includes important language that would exempt from registration and from fees on-farm processors who sell more than half of their product by value directly to consumers or who process grain for sale to other farms.  I believe these two provisions go a long way to satisfying the kinds of concerns being expressed.  However, I realize there are other small farms or small local processors who will not fit under these exemptions who may face a hardship and I promise to work with my colleagues to address these concerns as the bill moves into conference.

With respect to the National Organic Program, it is my expectation that the FDA will work very closely with the NOP as it implements this bill to ensure there are no such conflicts. There is direction within the bill for the FDA to consider small farms, organic practices and conservation methods, and I trust that this will be followed. The intention of this bill is not to harm farming practices that have existed for centuries with minimal documented health risk.

So, it seems like the worst of this bill has been amended, and hopefully the rest will work towards creating a safer industrial food supply.