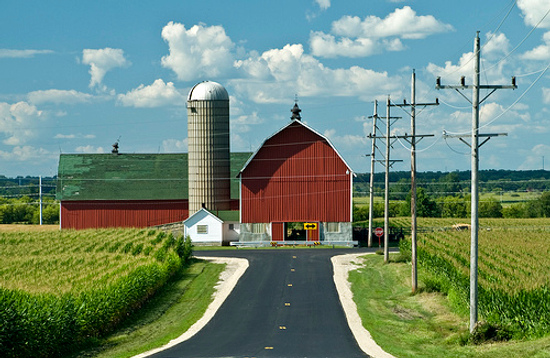 Well folks, it looks like Wendell Berry may get his chance to go to jail. Minutes ago the majority of the U.S. House of Representatives voted yes on HR 2749, the so-called “Food Safety Enhancement Act of 2009.” They came just 6 votes shy of passing the bill.

Of course, HR 2749 is not friendly to small farmers. In fact, it will likely put them out of business. The bill has a number of faults, but the most alarming one is that it finally sneaked the NAIS program into a bill, despite the huge groundswell of dissent among our nation’s public.

And I do mean sneaked. The bill was voted on by suspending the rules, limiting discussion to less than an hour, and not allowing any amendments that could have clarified who these new rules should affect. In the course of the last 24 hours, the language of the bill had been changed three times, and most representatives didn’t have the chance to read the latest version before being required to vote.

The only reason this bill is NOT the current law of the land is that it did not win enough of a majority to pass. If it had been voted on under normal rules, with normal debate allowed, it would have easily been the new law of the land.

Why Should You Care About NAIS?

NAIS promises to require every single livestock animal in America to be identified and tagged — no matter the size of the operation. So, you’ve got a few backyard chickens? Some milking goats? A small free-range pig farm? Say hello to expensive tagging & government paperwork.

HR 2749 was sold to us as a means of protecting our food supply, a way to keep us safer. Congressmen felt rushed to pass it into law so that they could say they did something to respond to our never ending sea of food recalls and the radical increase in food borne illnesses. If I thought it would actually improve food safety, that’d be one thing. But the truth is that NAIS is simply a burdensome tracking system for AFTER the food borne illness spreads. NAIS makes sense for large-scale farms moving tens of thousands of heads of cattle, but for a small producer serving a local, limited market, the law makes no sense at all since that kind of direct farm to consumer channel is easily traceable.

To top it all off, large scale farming operations are actually exempted from tagging each individual animal! Instead, they can tag an entire herd with the same ID. This will save them millions of dollars while effectively putting all their smaller competitors out of business.

A careful reading of the bill also reveals that HR 2749:

Basically, this bill — as written, without any amendments or clarifications — will ruin small family farm agriculture and eliminate consumer choice. It may be that the only farms able to survive this new legislation are industrialized farms. In the very least, it will consolidate industrial agriculture even further.

What Can YOU Do?

Right now HR 2749 is going back into committee to be modified and re-written in the hopes of bringing it back to the floor for a regular vote tomorrow, Thursday July 30th. Now is the time to call your representative and tell them to vote NO on this bill when it comes up again. If you’d like to find out how your congressperson originally voted — whether to express your support or disappointment — click here.

And, if you’re like me and less than optimistic about our ability to actually have a say in our legislative process, then tell your representative to AT LEAST demand provisions or amendments in the bill that will protect small scale farmers and producers.