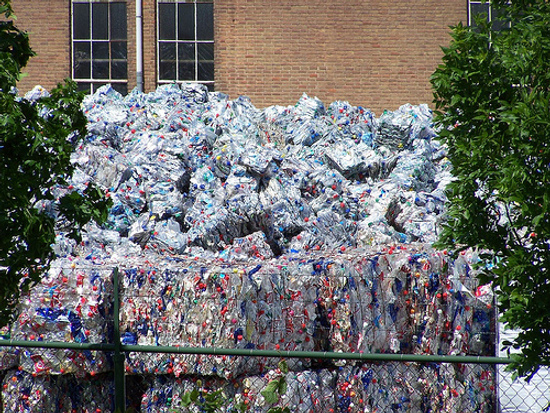 My oh my. Things like this make you wonder what our federal regulatory bodies are actually good for. This Friday, the FDA reversed their decision that Bisephenol-A (BPA) is safe. However, because the chemical is classified as an “indirect food additive” in the “generally recognized as safe” category, the FDA says they are powerless to regulate it!

Ah, don’t you just know the food industry is loving that little loophole right about now?

The picture the FDA is currently painting is not pretty:

FDA officials announced Friday that they had reversed their position that bisphenol A is safe. The chemical, used to line most food and beverage cans, has been found in the urine of 93% of Americans tested.

The agency now considers BPA to be of some concern for effects on the brain, behavior and prostate glands of fetuses and the very young. Scientific studies have raised concerns about the chemical’s link to breast and prostate cancer, diabetes, obesity, heart disease, reproductive failures and behavioral problems.

So, why isn’t the FDA doing anything about it? Read on…

But because BPA was classified years ago as an indirect food additive, it is not subject to the kind of scrutiny that other chemicals are. Without critical data about BPA, it is impossible to regulate the chemical, officials said.

BPA, first manufactured in 1891, was later developed as a plasticizer in the early 1960s. It was classified in 1963 as an indirect food additive and is listed among some 3,000 chemicals that are “generally regarded as safe.” That designation exempts them from scrutiny.

According to the FDA’s regulations, a substance that is granted that status is not subject to FDA review.

So, while the agency can broadcast its opinion that the chemical is not safe, it can’t compel companies to provide certain information about the chemical.

Their hands are tied! But just who tied them? Who is responsible for giving the GRAS classification to BPA? From the same Journal Sentinel article:

The Journal Sentinel obtained e-mails through the Freedom of Information Act that showed how the agency’s look at BPA had been influenced by BPA makers.

The newspaper found that industry scientists wrote sections of the FDA’s earlier draft declaring the chemical to be safe for all uses. It later obtained e-mails that showed industry lobbyists were given priority treatment in scrutinizing studies and that FDA regulators looked to them for advice on how to deal with the media.

The newspaper also uncovered documents that showed how BPA makers borrowed the same tactics and some of the same people as the tobacco industry to downplay the health risks of their products. In a meeting held in Washington, D.C., last May, food packaging executives mapped out a public relations strategy that included finding a pregnant woman to serve as a spokeswoman for the benefits of BPA. Notes referred to such a person as “the holy grail.”

Isn’t that lovely? The BPA makers lobby the FDA to get their chemical classified in the “Generally Recognized As Safe” category, and now, decades later, when the FDA is presented with enough evidence to question that classification, they claim their hands are tied to do anything about it!

So, dear readers, it looks like the future of BPA is in your hands. You can join others in the fight to pass legislation banning BPA. According to the Journal Sentinel, “Minnesota, Connecticut, the City of Chicago and two counties in New York have banned BPA in baby bottles. Other measures are being considered in 30 states and municipalities. A federal ban on BPA in all food contact has been proposed in Congress.”

And, you can use your voice as a consumer and choose to avoid BPA.

How to avoid BPA exposure:

Sadly, one commenter in a previous BPA related post pointed out that when having her pipes worked on earlier in the year, she discovered they were all #3 PVC plastic. So, maybe we should also add avoiding tap water to the list of suggested changes.