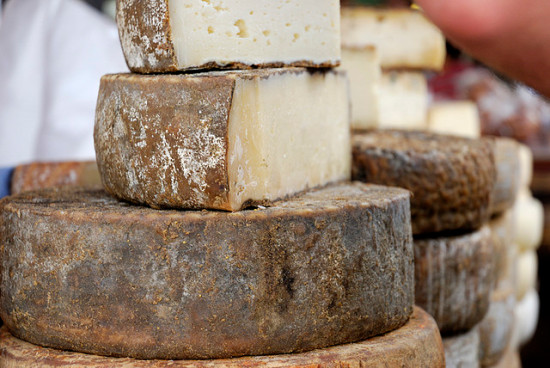 The FDA has declared that no one should consume raw dairy for any reason. So, it’s not surprising that they have come down hard on raw milk artisan cheese makers like Estrella Family Creamery in Washington state. In the interview below, radio host (and local Weston A. Price chapter leader) Shonagh Home interviews Kelli Estrella to get the inside story of the FDA’s heavy handedness.

You absolutely MUST listen to this interview!

It is full of example after example of law-maker’s ignorance regarding heritage foods like artisan cheese. In one example that Kelli provides, the FDA argued with her about the wooden shelving she uses to age her hard cheeses. According to Kelli, these shelves are an integral part of the making of quality cheeses, much like the kind of wooden cask contributes to the bouquet and flavor of various aged wines. Yet to the FDA, these shelves were “unsanitary” despite being tested clean time after time for pathogens. They want to see stainless steel shelves, as in a cheese factory.

In another example, the FDA hounded her for her recipes. Kelli balked. She’s an artisan cheese maker. She doesn’t use recipes. “It’s not like I’m making chocolate chip cookies,” she said.

Even at the farmer’s markets, new rules state that cheeses have to be stored at under 40 degrees. If they’re not, they can shut you down. Nevermind that during the entire cheesemaking process, these cheeses are aged and stored at 55 degrees.