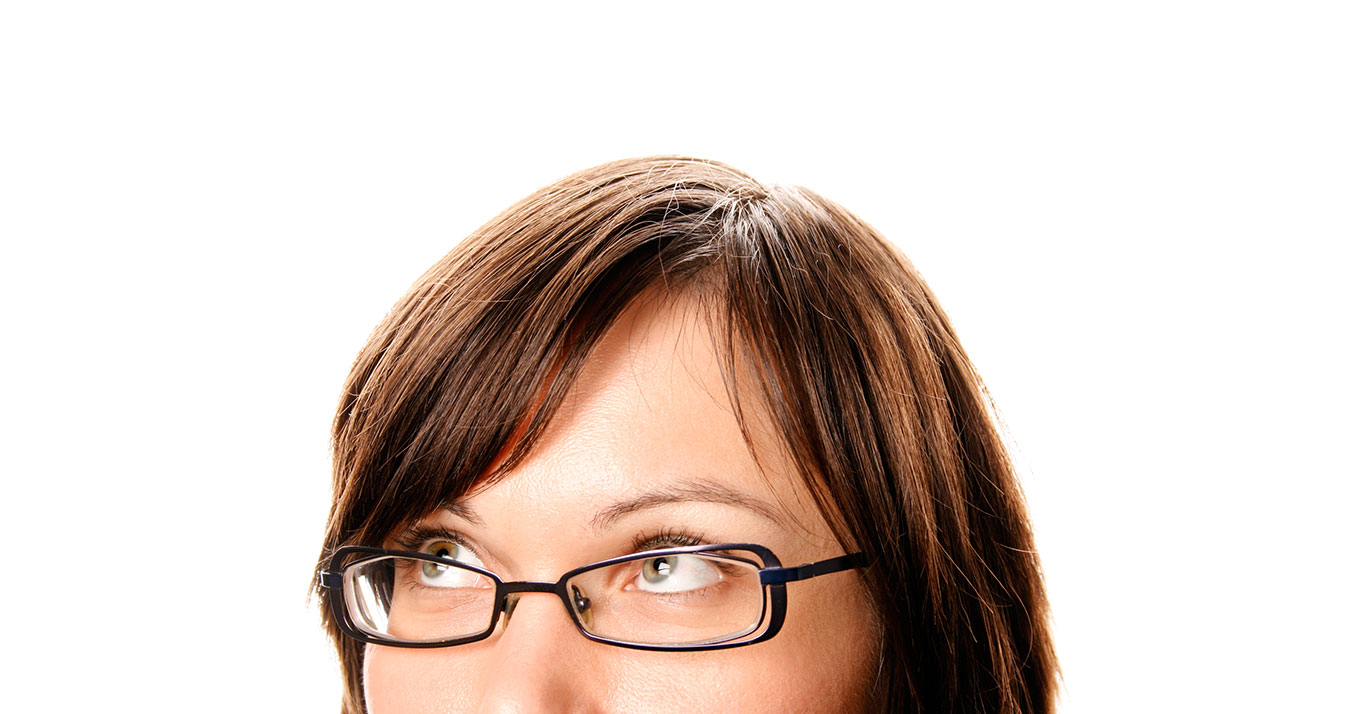 Gelatin is super trendy right now and rightly so!  Not only does gelatin have numerous health benefits, but it also happens to be easy to use and won’t break your budget like some other superfoods.

Yet despite all the attention that gelatin is getting right now, there are still a lot of important things about gelatin that people don’t know. Here are 8 gelatin facts you’ll want to know in order to get the most out of it!

Collagen is the most abundant protein in our body.  It’s mainly comprised of the amino acids glycine and proline.   It’s primarily found in connective tissues of animals as well as in bones.

When you boil down those connective tissues and bones, the collagen is released.  This cooked form of collagen is what we call gelatin.

But what about when you shop for gelatin and find hydrolyzed collagen?

Hydrolyzed collagen and gelatin are basically the same things – just that gelatin gels and collagen won’t.  That means you can use collagen in things you normally wouldn’t want to gel, such as your morning coffee. Read more about the difference between gelatin and collagen.

2. Gelatin Is Good for Fighting Wrinkles

Yes, I’m serious: gelatin beats Botox for fighting wrinkles!  The reason is that wrinkles are actually caused when the collagen in our skin starts to break down, causing creases in the skin.

You might not be able to completely get rid of wrinkles with gelatin alone, but it can help maintain your skin elasticity and fight the signs of aging.

When our ancestors slaughtered an animal, they ate it with a “nose-to-tail” approach.   That means that every part of the animal went to use.  Bones were made into broths and even the heads got turned into head cheese (which isn’t as bad as it sounds, I promise!).

Today, we mostly just eat the muscle meat of animals.  As a result, we’re getting lots of certain amino acids but not enough of other ones.  This imbalance results in inflammation. (1)

By eating gelatin, you’re adding those missing amino acids back to your diet and correcting the imbalance.

Here’s some bad news.  A lot of people want to drink bone broth (which is rich in gelatin) to help heal their guts.

Unfortunately, this might not be safe if you have Small Intestinal Bacterial Overgrowth (SIBO).

With SIBO, you have either too much and/or the wrong type of bacteria in your gut.  These bacteria feed off of carbohydrates in our guts.  Thus, to cure SIBO, it is imperative to limit carbs!

Bone broth contains a type of carb called glycosaminoglycan.  While it is considered FOD-MAP safe, it still can feed bacteria in the gut and aggravate symptoms.  Thus, it’s often better for SIBO patients and others with gut flora dysbiosis to stick to gelatin supplements and not consume bone broth.

You’ve heard, “You are what you eat.”  Well, you are also what your food eats!

Numerous studies have found that cows eating their natural diet of grass are more nutritious than those raised on grains.  Yes, grass-fed gelatin will cost more but I believe it’s worth it for the benefits. (2)

Note that the term grass-fed only applies to bovine gelatin.  There’s also pork gelatin.  However, it’s much harder to regulate what pigs are eating so bovine gelatin is usually the better choice.

You probably know that the gelatin brands in your supermarket aren’t exactly the highest quality.  But you might be surprised at just how bad they could be – and I’m not just talking about the additives and food colorings!

There are two main ways that gelatin is made.  The first method involves using acids and chemicals like:

Traces of these chemicals can remain in the final product.  The acids can also kill nutrients in the gelatin. This defeats the whole point of getting health benefits from it!

It’s much better to choose gelatin made with the alkaline method as this leaves more nutrients intact.

7. Heavy Metals May Also Be in Gelatin

8.  Temperature Matters when Working with Gelatin

It can be a bit tricky learning to use gelatin at first. Don’t be discouraged!  The key is to get the timing and temperature right.

Want to learn more about how gelatin can revitalize your health?

Read The Gelatin Secret: The Surprising Superfood which Transforms Your Health and Beauty. You’ll not only learn all about how to utilize gelatin but also get lots of great paleo-friendly gelatin recipes. 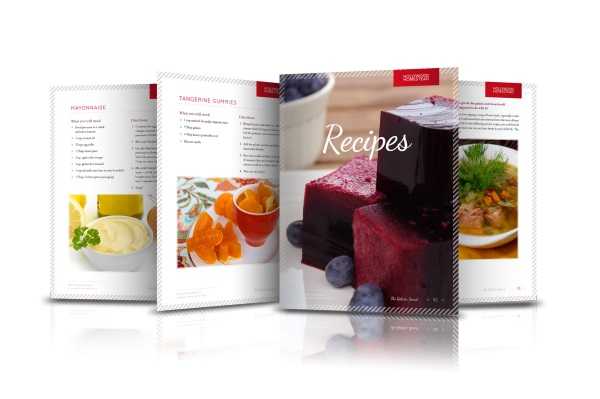 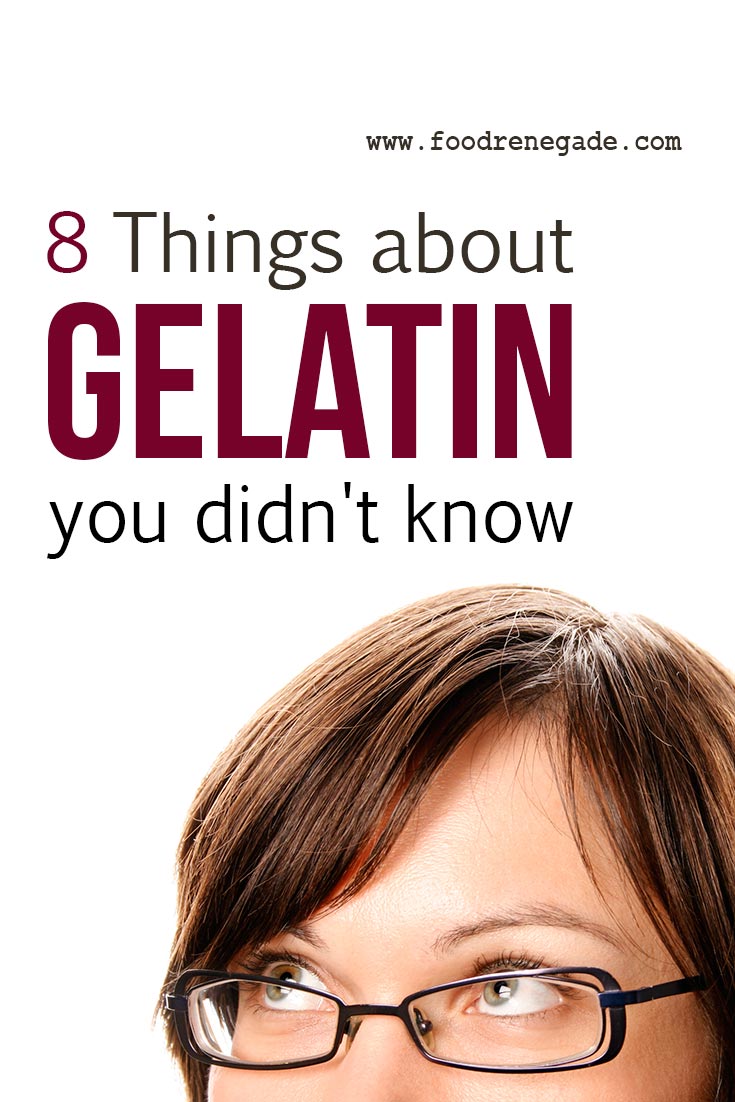 Sylvie is a mother of 3, a former celebrity personal assistant and world traveler. She and Eric each lost over 65 lbs with real food and continue to improve their family’s health with food and lifestyle tweaks. Sylvie is the author of several ebooks including The SIBO Solution and The Gelatin Secret. She shares health research and recipes at www.hollywoodhomestead.com and business and entrepreneurship mentoring at www.sylviemccracken.com.

« Alternatives to Bone Broth
Does Saturated Fat Cause Heart Disease? »