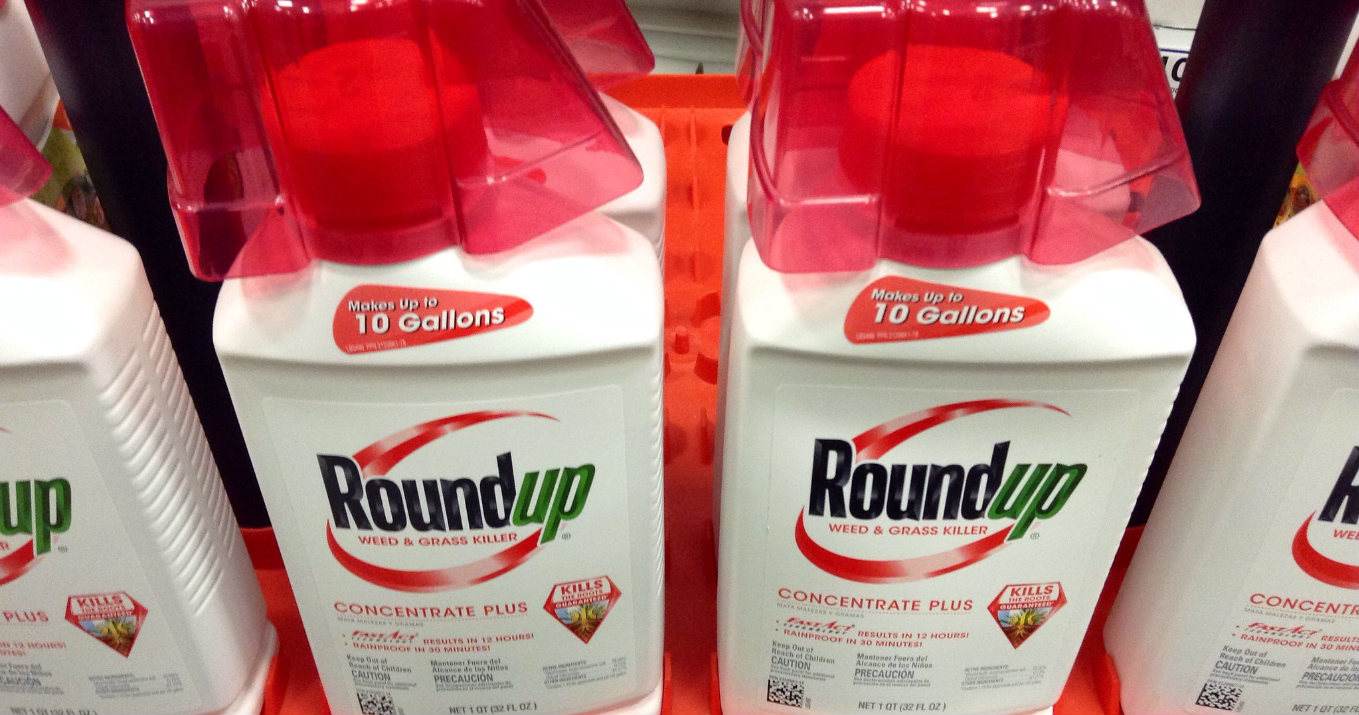 The wave of lawsuits being mounted against Monsanto and its parent company, Bayer, is growing, according to an article published today by NBC News. This comes after a jury awarded a $2 Billion settlement to Alva and Alberta Pilliod last week after they sued Monsanto for not disclosing that their Roundup herbicide causes cancer.

It is the largest award in a personal injury case in 2019, and the 8th largest in US history. (source) This came after a California jury this March awarded $80 Million to Edwin Hardeman after he defeated Monsanto in court, claiming that Roundup caused his cancer. (source) These two high-profile cases are disastrous news for Monsanto, which now faces similar lawsuits from more than 13,400 people! (source)

The Pilliods both came down with non-Hodgkins lymphoma after decades of routinely using Roundup on their crops. In the three cases against Monsanto that have gone to trial, all three juries concluded that the active ingredient in Roundup, glyphosate caused the plaintiff’s cancer.

Representatives from Bayer released a statement after last week’s verdict claiming that they were disappointed juries weren’t making science-based decisions and that they would definitely appeal the decision. “We have great sympathy for Mr. and Mrs. Pilliod, but the evidence in this case was clear that both have long histories of illnesses known to be substantial risk factors for non-Hodgkin’s lymphoma (NHL),” their statement said. (source)

The reason this settlement was so large? Unlike in the first two high-profile trials against Monsanto, this jury was allowed to see a “mountain of evidence showing Monsanto’s manipulation of science, the media and regulatory agencies to forward their own agenda,” said one of the Pilliod’s attorneys. (source) A different attorney for the couple claimed, “We showed them the raw data. We showed them the hard science. We showed them the studies that the EPA never saw, and at each trial they came to the same conclusion: that this causes cancer.” (source)

“Legally this is preposterous,” an attorney for the Pilliod’s said. “There are lawsuits involving drugs and products that have been approved by the EPA and FDA that won, so there’s a strong body of case law that says that doesn’t excuse you of liability. And compounding that, we have internal Monsanto documents in which they admit this is geno-toxic — they know this causes cancer.” (source)

The stories coming in from farmers awaiting upcoming trials against the company are alarming, to say the least:

Annually, for weeks at a time over his more than 30 years of farming, John Barton would spray a thousand gallons of Roundup every day to kill the weeds springing up among his cotton crop outside Bakersfield, California.

Tugging a 200-foot hose when he couldn’t use his tractor or sometimes wielding a container of the herbicide strapped to his back, Barton or his three boys would walk and spray, sometimes in temperatures reaching 110 degrees. They would come home drenched in sweat and the weed-killing chemical, their clothes, boots and socks sopping wet and their toes pruned by the deep saturation.

“They said it was as safe as table salt. It’s so safe you can drink it. And it’s so effective now with GMOs,” he said, referring to crops genetically modified by Roundup’s parent company Monsanto to tolerate the herbicide, “that they can spray it over a multitude of crops and it gets into the root structure of just the weed and kills the plant totally.”

Safe as table salt? So safe you can drink it?

No wonder farmers are suing!

Bayer acquired Monsanto less than a year ago, and these lost trials are costing shareholders billions. In fact, today Bayer is worth less as a company than the $63 billion it paid for Monsanto last June. (source) Last month’s annual shareholders meeting saw upheaval as more than 55% of members voted against the company’s board of directors. (source)

Could this be the beginning of the end?

In other, possibly more scandalous news, it was leaked last week that Monsanto kept “watchlists” of anti-glyphosate thought leaders and advocates in seven European countries. Yesterday, they disclosed the lists and names ranged from politicians to journalists. (source) It does make me wonder if similar watchlists exist for anti-Monsanto advocates in the U.S. (waves hiiii!!!! to the Monsanto intern reading this post).