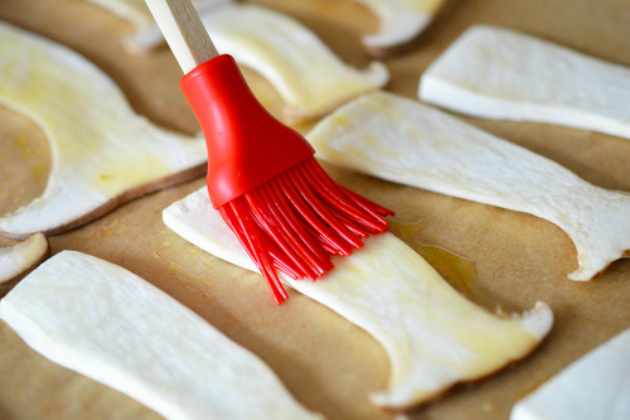 “Even the pickiest fungi-hater will fall madly in love with these crispity-crunchity oven-baked mushroom chips. To mere mortals like you and me, they’re irresistible — like potato chips on flavor-enhancing steroids.”

I have to agree.

What is umami? It is the fifth flavor — everything robust, savory, and mouthwatering. Michelle describes it this way:

When something tastes insanely awesome in a way that’s not sweet, salty, sour, or bitter, guess what? You’re experiencing umami!

Think of the flavors that make you salivate — bacon, mushrooms, tomatoes, seared meats, shrimp paste, tamari. These are all high-umami foods.

So when you eat these chips? It’s like an explosion of full-bodied flavor on your tongue.

Before I get to the recipe, may I take a moment to collapse into fangirlish delight over this cookbook?

It’s unlike any cookbook you’ve ever held in your hands before. 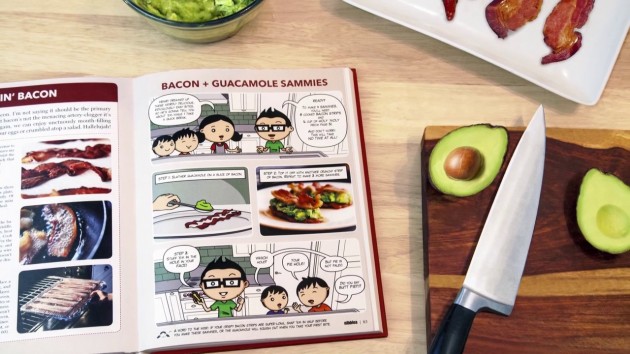 It has amazing recipes.

It has beautiful step-by-step photos.

Each step of the process is carefully photographed — making directions even easier to grasp and the cookbook even more stunning.

Hardback binding. Thick, glossy (almost cardstock weight) paper that holds up with heavy use. A stitched binding rather than just cheap glue. This book is weighty, durable, and built to last … and last… and last.

While being super informative, it manages to entertain. If it weren’t for all the mouthwatering recipes, I’d call it a coffee table book or a book meant for gifting rather than one of the single best cookbooks I’ve ever seen. 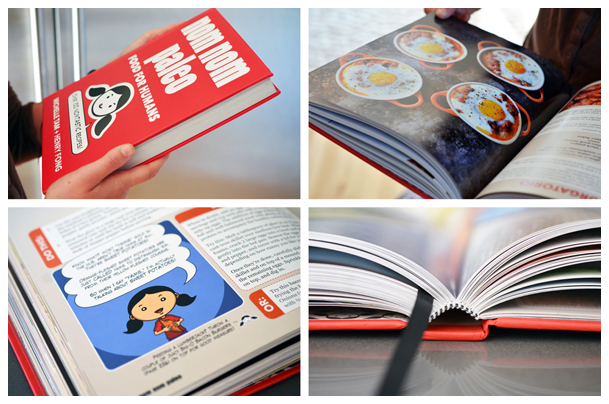 Want to buy this baby for your own kitchen? Or for a friend’s?

1. Preheat the oven to 300F with the rack in the middle position. Line a couple of rimmed baking sheets with parchment paper.

2. Use a mandoline slicer (I use this stainless-steel one) or knife to cut the mushrooms into 1/8-inch-thick slices. Arrange them in a single layer on the lined baking sheets. Make sure the mushrooms are super dry, and leave some space between the slices. Brush the melted ghee on both sides of the mushroom slices, and season with salt and pepper to taste.

3. Bake each tray for 45 minutes to an hour, or until the chips are golden brown and crispy. These chips won’t continue to crisp after they leave the oven, so don’t pull them out until they’re crunchy. 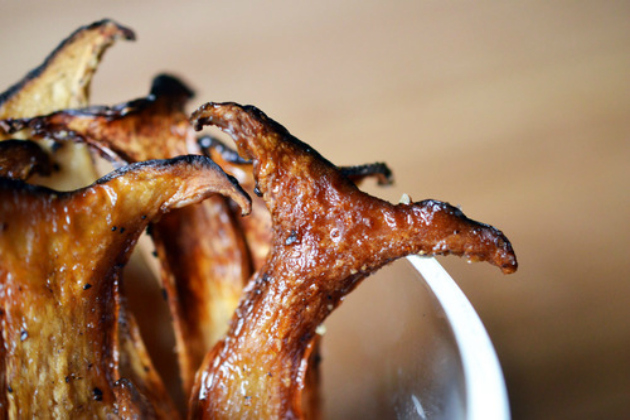