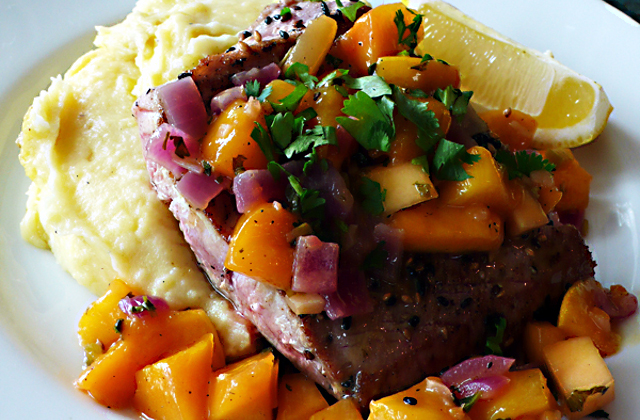 “Mislabeled” is such an innocuous sounding word. In a recent study, samples of fish were collected in stores and restaurants then subjected to DNA testing to identify them. The goal? To see how often fish is mislabeled as something other than what it is.

A whopping 39% of the fish tested were mislabeled. In fact, a shocking 94% of the fish sold as white tuna was actually something altogether different. Most often, it was snake mackerel, a type of fish known for carrying a toxin that can cause severe diarrhea when eaten.

Here were the top offenders: 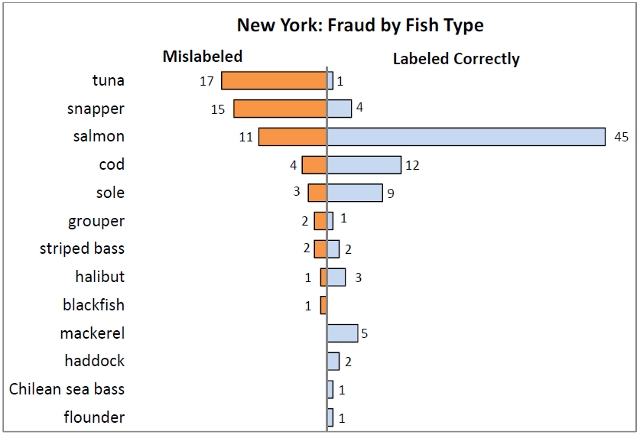 Why are these fish being mislabeled?

According to Elizabeth Rosenthal,

In some cases, cheaper types of fish were substituted for expensive species. In others, fish that consumers have been urged to avoid because stocks are depleted, putting the species or a fishery at risk, was identified as a type of fish that is not threatened. Although such mislabeling violates laws protecting consumers, it is hard to detect.
(source)

This kind of mislabeling often raises alarm bells for me. Surely it’s intentional. It must be fraud!

Seafood is increasingly sold on a global market with a long and complicated supply chain. Experts suggest that much of the mislabeling occurs at sea or where distributors cut up a fish hundreds to thousands of miles away, making a filet’s provenance hard to verify.
(source)

In other words, it may just be an honest mistake.

Nevertheless, those potentially honest mistakes can be downright dangerous.

Eating mislabeled fish can be dangerous.

Not only are fish like the toxin-carrying snake mackerel sneaking into your dinners, but a number of other falsely-labeled fish are, too:

Thirteen types of fish, including tilapia and tilefish, were falsely identified as red snapper. Tilefish contains such high mercury levels that the federal Food and Drug Administration advises women who are pregnant or nursing and young children not to eat it.
(source)

How can you know your fish is labeled well?

According to the study, where you buy your fish matters. The largest amount of fraud was found in sushi bars (76% mislabeled), followed by restaurants (39%) and then grocery stores (29%). Among grocery stores, national chains only saw 12% of their fish mislabeled whereas smaller grocers and markets had a higher rate of fraud (40%). 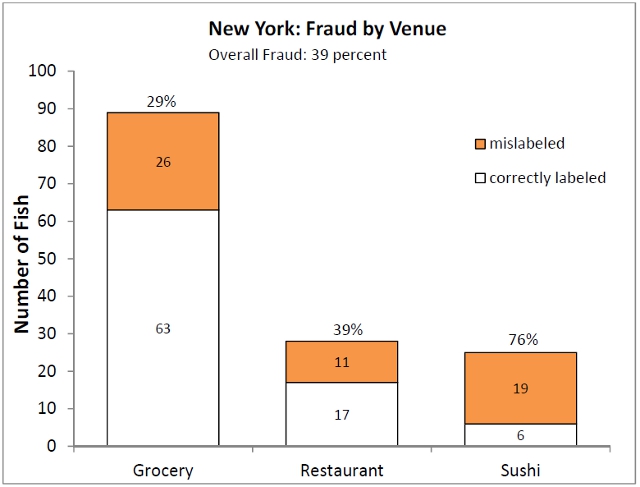 Of course, as a food renegade, I believe in sourcing your fish well from farmers and fishermen you know and trust. The idea is to remove as many middle men between you and your seafood as possible.

If, however, you don’t live by the sea, then what can you do?

Your best bet is to buy seafood from a national grocer, and to stick to the types of seafood that are least likely to be mislabeled.

« Five Holiday Health Hazards and How to Have a Healthy Holiday Despite Them
Do You Have Trouble Digesting Fats? »