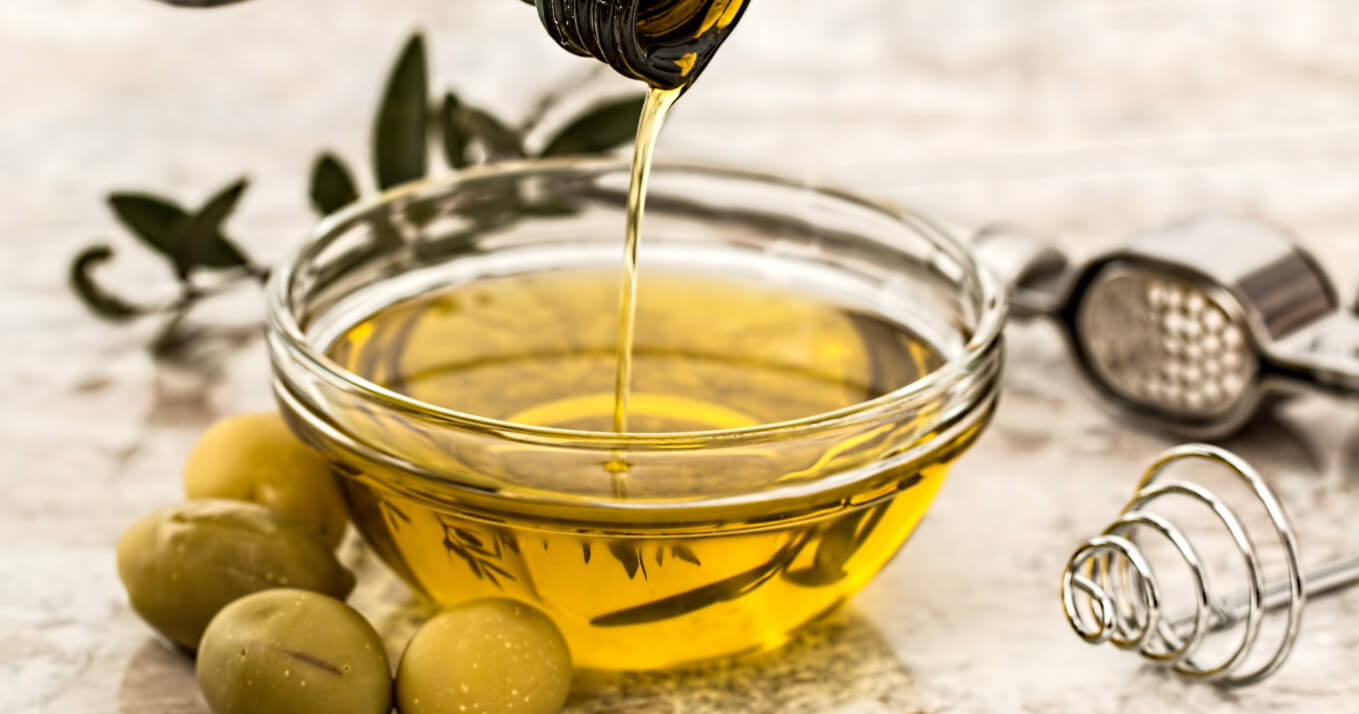 Did you know that the Mob makes money hand over fist by selling you fake olive oil? Olive oil is a $1.5 billion industry in the United States alone. According to Tom Mueller, an intrepid journalist who wrote a scandalously revealing book on the subject, 70% of the extra virgin olive oil sold is adulterated — cut with cheaper oils. Apparently, the mob’s been at it so long, that even most so-called “experts” can’t tell a real olive oil from a fake olive oil based on taste alone.

If you were a producer of one of these fake oils, 2008 was a bad year for you. That’s the year that more than 400 Italian police officers conducted a lengthy investigation dubbed “Operation Golden Oil” which led to the arrest of 23 people and the confiscation of 85 farms. It was quickly followed up by another investigation in which more than 40 additional people were arrested for for adding chlorophyll to sunflower and soybean oil and selling it as extra virgin olive oil, both in Italy and abroad.

The prevalence of these and other similar raids actually prompted the Australian government’s standards agency to allow olive oil brands to voluntarily submit their oils for lab tests. These authentication tests allow oils to be certified pure “extra-virgin olive oil.” Thus far in 2012, every imported brand of extra-virgin olive oil has failed the test to gain certification! 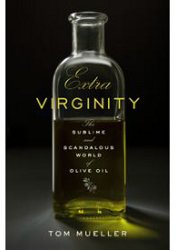 After reading these news stories last year, I was utterly intrigued when Tom Mueller’s tell all book finally came out. It took me months to get around to reading it, but when I did I couldn’t put the page-turner down. And the evidence? The evidence is damning.

In Extra Virginity: The Sublime and Scandalous World of Olive Oil, Mr. Mueller exposes the inner workings of the olive oil industry, which has fallen prey to hi-tech, industry-wide fraud.

Authentic extra-virgin olive oil, he says, takes a lot of time, expense, and labor to make. On the flip side, it’s quick, cheap, and easy to doctor it.

The most common form of adulteration comes from mixing extra virgin olive oil with cheaper, lower-grade oils. Sometimes, it’s an oil from an altogether different source — like canola oil or colza oil. Other times, they blend extra virgin olive oil with a poorer quality olive oil. The blended oil is then chemically deodorized, colored, and possibly even flavored and sold as “extra-virgin” oil to a producer. In other words, if you find a major brand name olive oil is fake, it probably isn’t the brand’s fault. Rather, it’s their supplier’s.

Mueller’s book is deeply engaging, reading like a typical suspense novel or crime drama rather than a news story. His engrossing way with words sucks you in from page one and doesn’t let you go until you reach the back cover.

If you want the full, gripping, true story behind the olive oil racketeering, I highly recommend you buy and read Extra Virginity: The Sublime and Scandalous World of Olive Oil.

How can you tell if your oil’s fake?

I conducted a blind tasting of extra virgin olive oils a few years ago for a national newspaper that wanted “the truth on expensive olive oil”.

We had a dozen oils, and a panel consisting of an importer, an Italian deli owner and a couple of eminent foodies: the results were so embarrassing and confusing the piece was never published. The importer went into a fugue after he was informed that he’d pronounced his own premium product “disgusting”; the deli owner chose a bottle of highly dubious “Italian extra virgin” as his favourite (it had cost £1.99 at the discount store TK Maxx); and both the foodies gave a thumbs-up to Unilever’s much-derided Bertolli brand.

So, if you can’t go by taste alone, how can you tell?

First, extra-virgin olive oil ought to be comprised of mostly monounsaturated fat that grows more solid when cold. If you put a real extra-virgin olive oil in the refrigerator, it ought to become thick and cloudy as it cools completely (some oils made from high-wax olive varieties will even solidify). It should be noted, however, that this is not a fail-proof test. That’s because adulterated oils may also become thick and cloudy in the refrigerator. After all, some adulterated extra-virgin olive oils are cut with low-grade, refined olive oil. Those would still clump up. Other adulterated extra-virgin olive oils are cut with just enough of the cheaper oils that they’ll still be mostly olive oil, so they’ll have some clumping, too. If, however, the oil you put in the fridge fails to thicken at all (still appearing as clear and runny as it did at room temperature), then you know something certain: that it’s fake!

Second, extra-virgin olive oil ought to be flammable enough to keep an oil lamp burning. Again, this isn’t a fail-proof test, and for the same reasons. But, it is certain that if your so-called “extra virgin olive oil” doesn’t keep a wick burning, it isn’t extra-virgin at all, but instead contains refined oils.

Since no completely fail-proof test exists, here’s what I do to know I’m getting a good oil: I know my farmer. He’s not a mobster; he’s a friend. And his farm has been growing and producing high-quality, fully authentic olive oils for more than a hundred years.

Artisan and locally-produced olive oils (the variety you can find from domestic small family farms) have always passed every single test of authenticity. So, buy locally. Buy from a farmer you can get to know and trust, and you’ll be set.

Where to Find Real Olive Oil

If you don’t have any local olive growers near you, then I personally vouch for the online olive oil supplier found here. This olive oil is hand-selected by The Olive Oil Hunter himself, T.J. Robinson. T.J. is one of the world’s leading experts on quality olive oils. He spends 9 months out of the year touring family-owned and other boutique olive groves to find the best-tasting and freshest olive oils from the latest harvest. He works with local producers to create custom blends or single-varietal exclusives, then bottles the oil and distributes it to members of The Fresh-Pressed Olive Oil Club (psst! I’m a happy club member). All his oils are independently lab-certified to be 100% extra-virgin olive oil.

Even better, get a bottle of REAL olive oil for $1.

After I spent hours interrogating T.J. about the growing and harvest methods of the growers he sources from, how the presses are managed, and how his bottling process works, I asked him to hook up my readers with a test run of his olive oil. He generously agreed!

Since writing this post, I’ve decided that the last section on how to know if your olive oil is fake or not needed clarifying. I thought I was clear in demonstrating that the “tests” were not definitive and that you should buy from a farmer you know and trust, but too many commenters kept saying they’d tested their olive oil and it turned out to be real (or that they’d “tested” the oil from a local farm and it turned out to be fake). When really, none of these folks had done laboratory testing, and they weren’t taking into account all the ways that the so-called “tests” like the fridge test or the oil lamp test could mislead you. So, if you want a more detailed look at these tests (as well as a hearty affirmation that you really, *really* need to KNOW YOUR FARMER), read: How to Tell if Your Olive Oil is Fake.