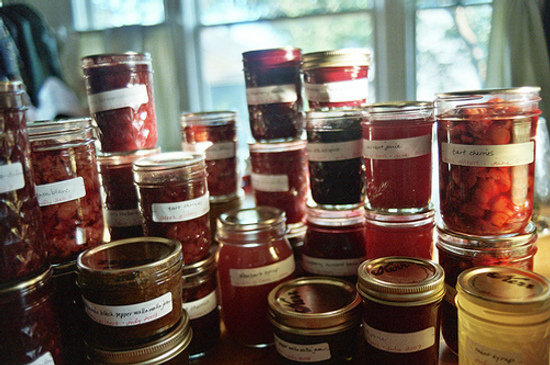 If you haven’t yet already, don’t forget to enter this week’s Giveaway for an Aqua Dome drinking water purifier worth $225!

Well, that sort of thing won’t happen in Wyoming. Last week the state’s House of Representatives passed the Food Freedom Act out of committee in support of cottage industry foods. A similar bill became the law of the land last year, but excluded potentially hazardous foods such as dairy products, canned foods, and sauces from protection as “cottage foods.” This bill would widen the scope what’s considered an exempt “cottage food,” and food-safety advocates are hotly criticizing the expanded definition.

Bill Marler, the lawyer who’s made his livelihood out of representing the victims of food poisoning, calls the legislation “The Bill Marler Full Employment Act.” On his blog, he thanked the bill’s author, Sue Wallis:

Sue, this Bill will be a big help for my struggling business and certainly allow me to spend more time in Wyoming suing those exempt producers, who, unlicensed, uninspected and uncertified are bound to poison their customers. I can also imagine that most of those producers are farmers and ranchers with little or no insurance to cover what can be millions in medical bills for poisoned children – I have always wanted a ranch in Wyoming – perhaps near a ski resort and trout stream? Sue, you are the best.

I, at least, am all for the new legislation. It seems to me like when you buy food directly from the producer (and that producer is a real, live person), you agree to an unspoken contract. If their food harms you, they’ll be responsible for it. If they won’t, then you have the right to sue them in the civil courts for damages. I like this arrangement as it allows for the most liberty to the most people without stifling or costly licensing programs.

According to the Food Freedom Act, its purpose is to:

allow for traditional community social events involving the sale and consumption of home made foods and to encourage the expansion and accessibility of farmers’ markets, roadside stands, ranch, farm and home based sales and producer to end consumer agricultural sales by:

Sounds like noble goals to me. If only more states would follow suit, then we would actually have a society that would no longer view cooking as a “dangerous” act, that would re-connect people with their food, that would preserve food traditions, and that would promote small farming and cottage industry.

One Year Ago This Week: