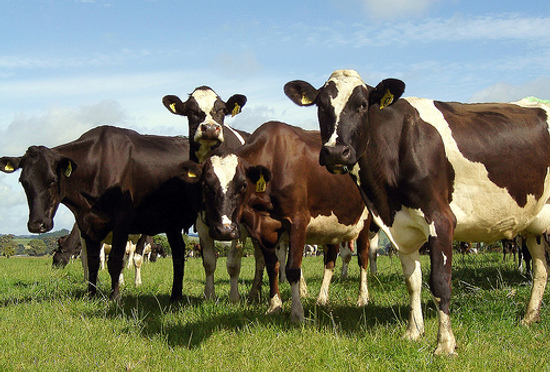 This summer, the battle over food rights in the midst of proposed food safety legislation has bewildered and perplexed many people. HR 875, HR 2749, and a host of others like it elicited powerful grassroots responses that took congress by surprise as well as many bloggers reporting on the sustainable food beat. One of those bloggers was Jill Richardson of La Vida Locavore fame.

Recently, Jill had the opportunity to review an early copy of David Gumpert’s The Raw Milk Revolution. And now, she reports, she finally “gets it.”

Something like ten million American people drink raw milk (estimates vary). It’s not a common product. It’s not even legal in many places, and in most states it’s not sold in stores. Even when it is sold, it’s expensive! You don’t pay $6 for a gallon of milk by accident. Nor do you buy part ownership in a cow or drive to a farm in another state by accident, as some people do in order to obtain their raw milk. People who get raw milk really want it, and they know what they are getting.

I’ve had raw milk a few times myself, mostly on dairy farms. I’ve only purchased raw milk three times (the other times it has been given to me for free). Once was on a farm in Pennsylvania and once was from a farmer in Texas. The third time was from a retail store in California. The CA raw milk from the store was not good, in my opinion, so I did not buy it again. In all of the other cases, raw milk tasted richer and sweeter than the pasteurized milk I grew up with. I did not notice any of the health benefits that many raw milk aficionados boast of, but then again, I don’t have many health problems in the first place. Lovers of raw milk say it has relieved their asthma, allergies, colitis, and ADHD, among other things. Some people who are lactose intolerant say they are able to drink raw milk with no problems.

My initial attitude on raw milk was: if people want it, let them have it, but regulate it so it is as safe as possible. I mean, what do they do for sushi? That’s a raw product that we legally consume. In theory, if you require that farmers test the milk frequently and meet certain conditions that would reduce the risk of bacterial contamination (cleanliness, for example), that should be a workable compromise to allow people a legal path to get their raw milk.

During the H.R. 875 blow-up, Judith told me that raw milk farmers had been targeted by the FDA, even when no one had gotten sick. Gumpert’s book elaborates on this. In some cases, no one was sick at all. In other cases, while no one was sick, the state found a bacteria or two in the milk (on testing equipment that may or may not have been faulty). In yet other cases, people got sick and the government blamed raw milk, but the sick people and their families felt that the illness was from something else (like a child eating snow contaminated with bird poop, or a family who drank pasteurized milk). Still other cases remain unresolved. You’ve got sick people who drank raw milk and no matching strain of E. coli in the cows or their milk. And then there’s at least one case where they DID find a match between the sick consumers and the raw milk and the cows’ manure.

In other words: raw milk gets blamed for food safety problems a lot, probably more than it deserves. Can raw milk be contaminated? Sure – but so can anything, as we’ve seen from recalls in everything from cookie dough to pet food. And what about the cases of regulators harassing dairy farmers in the absence of anyone getting sick?

It’s not just the targeting of dairy farmers selling raw milk that is impressive but the lengths the government goes to to target them. It’s often more fitting for a drug bust than a raw milk bust. Dairy farmers aren’t known for being violent people, and cows can’t be hidden and smuggled as easily as cocaine. Chances are if the authorities wish to talk to a farmer, the farmer will be quite willing to talk (and perhaps even comply with the government’s requests, if they are reasonable) – no dramatic intimidation or sting needed. Yet for some reason, all too often, state and federal officials chose to treat farmers like drug dealers (actually sending one farmer to the hospital with PTSD!).

So – if this was your experience with the government’s food safety regulations, would you be nervous about new laws giving the FDA increased authority? I would. From what I understand, Judith wants the new law (H.R. 2749 and its Senate counterpart) to be airtight to keep the FDA from using the bill to step up its war on raw milk. And it’s really sad that we can’t just pass a food safety bill and trust the FDA to do the right thing, but in this case, I think they’ve lost that trust a long time ago.

When it comes to raw milk, I wish the government would just leave the raw milk people the hell alone. Is it 100% safe? No. Nothing is. Is it risky for a parent to give raw milk to a child? Maybe, but parents do all sorts of rotten things to their kids with impunity, like feeding them fast food frequently or smoking cigarettes around them. And unlike raw milk, fast food and second hand smoke carry more than just risks of harm to one’s health – they are proven to harm your health. I’d like to see the government work together with dairy farmers who sell raw milk to set some boundaries and allow raw milk to be legal within those boundaries.

As for food safety, there’s a wider debate to be had here. The government can’t shut down a meatpacking plant after it finds pathogens repeatedly, yet the slightest evidence of listeria is enough for them to go after a small dairy farmer who sells raw milk. Perhaps it’s time to reconsider this leniency on the meatpacking plants?

I, for one, can’t wait to get my hands on an a copy of David Gumpert’s The Raw Milk Revolution.

Sounds like just the thing to inspire those of us fighting back against our dominant food culture with every forkful of food we eat.