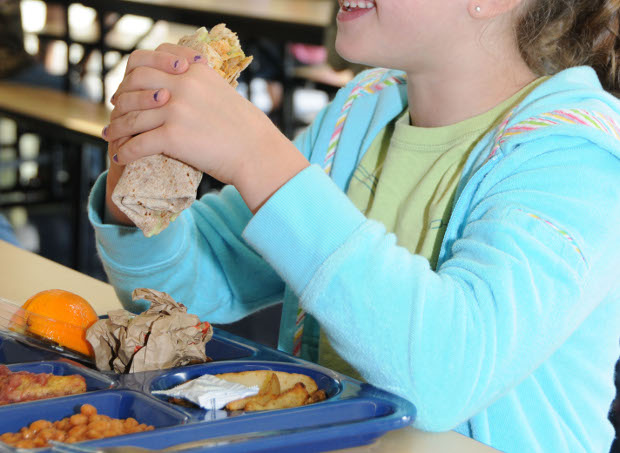 Canaries in coal mines. That’s what our children are. Our food supply has grown more tainted with each successive generation. Today’s children face the widespread invasion of GMO foods stacked on top of generations of nutrient-skewed refined foods.

Did you know that more than 75% of the foods sold in the grocery store contain GMO ingredients? Are you aware of just how pervasive refined foods are? Refined flours, sugars, and vegetable oils are in just about everything. Everything. All these radical changes to the human diet coupled with the progressively worsening prevalence of gut dysbiosis are culminating in a perfect storm of sickness and death.

It’s not pretty. It’s the stuff of nightmares.

So, it’s not a surprise to me when mothers like Laura Philyaw send me their stories. What is rare is that those mothers give me permission to share those stories with you. Laura did. So, let’s take her bravery to heart and pass it on, shall we?

Here’s Laura’s story, in her own words:

Back in November, Abby, my 8 yr old daughter, started getting sick. Not fevers and colds, but waking up at about 4:30 or 5 in the morning once or twice a week with throwing up and diahrea for about 3 hours each morning. When she was done, she was … exhausted. She would fall asleep then wake up and be ready to eat.

In between November and the week before Christmas she missed 16 days of school due to this. By February, she had missed about 21 in all.

I took her to the doctor during this whole process and we had her tested for many things. All of her blood work and allergy tests were normal. This was very perplexing and aggravating at the same time. It was hard on her and hard on all of us. It was very scary wondering what could be wrong with my child and no one having any answers.

Well, after 6 weeks of this her pediatrician diagnosed her as having CVS (Cyclic Vomiting Syndrome).

“CVS is characterized by episodes or cycles of severe nausea and vomiting that last for hours, or even days, that alternate with intervals with no symptoms. Although originally thought to be a pediatric disease, CVS occurs in all age groups. Medical researchers believe CVS and migraine headaches are related (see CVS and Migraine).

Each episode of CVS is similar to previous ones, meaning the episodes tend to start at the same time of day, last the same length of time, and occur with the same symptoms and level of intensity. Although CVS can begin at any age, in children it starts most often between the ages of 3 and 7.

Episodes can be so severe that a person has to stay in bed for days, unable to go to school or work. The exact number of people with CVS is unknown, but medical researchers believe more people may have the disorder than commonly thought. Because other more common diseases and disorders also cause cycles of vomiting, many people with CVS are initially misdiagnosed until other disorders can be ruled out. CVS can be disruptive and frightening not just to people who have it but to family members as well. There is no known exact cause and no known cure.” (source)

Abby lost weight (which she DID NOT need to do). Her color has been close to someone who is fighting a terminal illness at times, and she had no energy. Her doctor put her on medication for this back in December and she did well on it.

But my Abigail that was here before, was simply … gone.

I started doing some reading on CVS and found a whole support group, diets, how to plan your days around your child being sick… (WHAT!?!?! Who does that?) you name it. It was like some people are just accepting this as a way of life for their child.

All I could do was cry.

But, then I read the parts about diet and how children with CVS are seeing improvements by eating more home-cooked meals, veggies, fruits, filtered WATER, less processed meats, NO fast food, NO Sprites, NO packaged foods, not even juice boxes or Tyson chicken nuggets.

Well, at this point it hit me. Every year so far, until this year, I have persistently packed Abigail’s lunch. This year I decided to take the easy way out let her get lunches at school.

So, I started packing her lunches again. Turkey sandwiches, carrots, grapes, strawberries, apples, bananas. No chips. No soft drinks. A bottle of water and a Kashi Granola bar.

Breakfast is now scrambled eggs, homemade pancakes which I make on Saturdays and freeze, Kashi cereals.

In less than a week, she went to bed without a stomach ache. She stopped being sad at night, afraid that she was gonna throw up in the morning if the meds didn’t work.

She has been stomach ache free since February!!!!! Her color is back. Her energy is back. She’s gained weight. Her spirits are up. She’s completely off the meds.

At first, I kept asking her if she felt alright because I was in disbelief. I was shocked and waiting for it to go back the way it was! And every time I asked she’d roll her eyes at me laughing and say “Yes mom… I feel fine! I feel great!”.

After speaking with her doctor, we really think it might be something that is in the school lunches or just the school lunches in general. I have not heard back from her principal or anyone from the school. I just wonder how many children and people have been misdiagnosed with CVS or other illnesses like this all due to diet.

I know there are kids out there handling school lunches well.

But even if your child is doing well, I encourage you to watch the video below.

I am doing some more research on this and anyone who wants to weigh in and help out is welcome.

But from now on… MY CHILD WILL NOT BE EATING SCHOOL LUNCHES.

And just so we are clear, Mr. Big Government and School Boards, I decide what my child eats! Not You. I am her mother. Just sayin’.

Leave a Reply to Rachel Bagley via Facebook Cancel reply