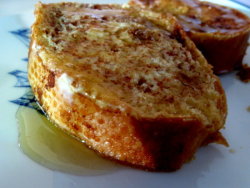 This is easy. So easy I feel guilty that I don’t make it for my husband and kiddos more often. It’s also a family favorite. My kids gobble it up with the relish of wild beasts. And it’s fancy enough to serve guests. A hit. As if a savory sausage and melted swiss cheese stuffing weren’t enough of a reason to try this recipe, I’m also going to share with you the secret to restaurant quality French Toast. Almost everyone makes French Toast wrong. I’ll show you how to make it the right way. Now, for the recipe. This will serve a family of four from one loaf of sourdough French bread. You may wind up with leftover sausage or swiss cheese. I generally save that for omelets later in the week.

Begin by browning the meat over medium heat. Season liberally with salt, pepper, garlic, and rubbed sage and let cook over low heat until done.

Meanwhile, pour milk into a mixing bowl. Add in 4 eggs.

Whisk eggs and milk together. Add a dash of cinnamon, 1 tsp. vanilla, and a pinch of salt and stir.

By now, your sausage should be cooked and smell like breakfast. Transfer it to a bowl to let cool. Grate your swiss cheese.

Slice the loaf in 3/4 in. slices. Next, cut a pocket into each slice being careful not to cut it fully in half. 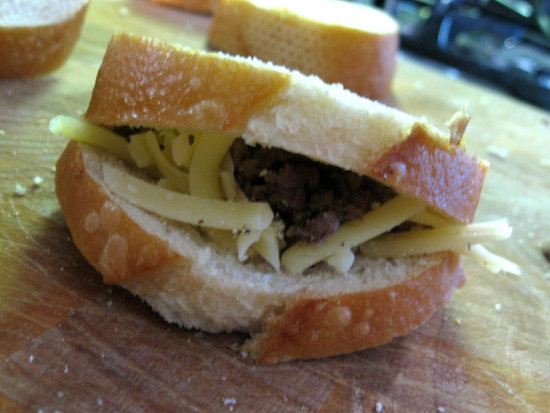 Now for the fun part. Stuff the bread slices with meat and cheese. They'll look really full, but they'll flatten out when cooked. 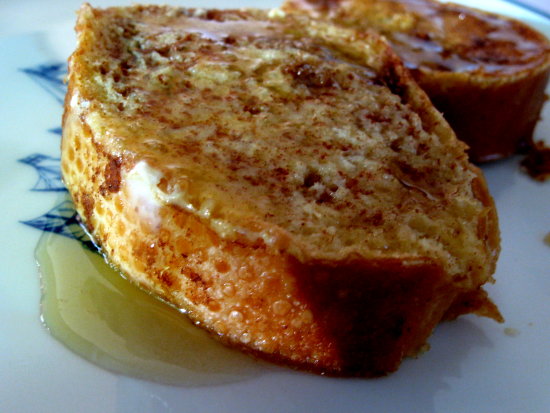 Want to know how to cook French Toast to perfection? It's a two step process. First, melt butter in a skillet. Dip the stuffed slices in the custard, let them soak it up, then cook each side for 3 minutes over medium heat in your buttered skillet. This is where most people stop, and their French Toast is soggy. You'll keep going. Transfer the slices to a baking sheet and pop in a 350F oven for 10 minutes. Now they're done. 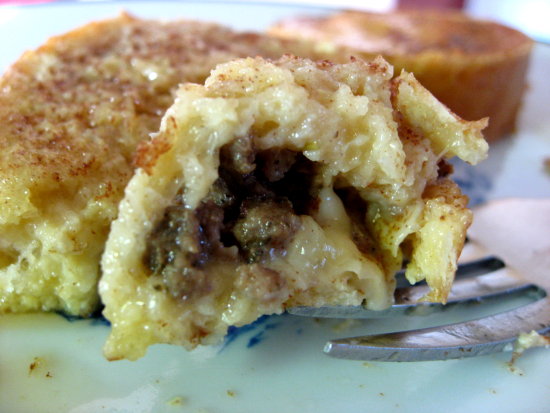 Using this quick two-part method, you'll get perfect French Toast every time. Couple that with this sausage and swiss cheese stuffing, and you have something to really drool over.