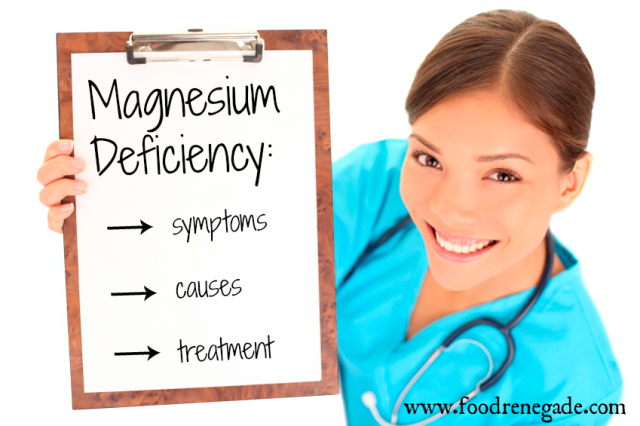 The truly sad thing? Most don’t even know it.

They experience magnesium deficiency symptoms, but blame those symptoms on a myriad of other causes.

Because magnesium deficiency has been tied to innumerable health problems from insomnia to morning sickness to muscle tics, you can’t afford to assume that you belong to the other 32%.

Instead, you should check out these lists of magnesium deficiency symptoms & causes and evaluate just how likely it is that you’re missing out on this essential mineral.

It’s no wonder that magnesium deficiency can affect every system in the body!

If you’re magnesium deficient, will you suffer from all these symptoms? No.

But you will suffer from at least one of them.

We now know that massive use of synthetic fertilizers to create artificial fertility has had a cascade of adverse effects on natural soil fertility and the entire soil system. Fertilizer application begins the destruction of soil biodiversity by diminishing the role of nitrogen fixing bacteria and amplifying the role of everything that feeds on nitrogen. These feeders then speed up the decomposition of organic matter and humus. As organic matter decreases, the physical structure of soil changes. With less pore space and less of their sponge-like qualities, soils are less efficient at storing water and air. More irrigation is needed. Water leeches through soils, draining away nutrients that no longer have an effective susbstrate on which to cling. With less available oxygen, the growth of soil microbiology slows, and the intricate ecosystem of biological exchanges breaks down.

Magnesium is among the myriad of minerals lost to industrial agriculture practices. If the nutrients aren’t in the soil, they aren’t in our food.

In 2007, Life Extension Magazine ran a report on magnesium deficiency. In it, they pegged city water supplies as one of the main culprits:

Our human ancestors evolved in a world in which healthy drinking water came directly from streams, rivers, and lakes, rich in mineral content. The human body became reliant on obtaining a considerable proportion of its daily mineral needs from natural water sources.

Fast-forward to the twenty-first century. We obtain drinking water from a spigot or a plastic bottle. Pesticides and other chemicals seeping into the water supply have made everyone suspicious of water quality. As a result, municipal water-purification facilities have intensified their efforts to remove contaminants like lead, pesticide residues, and nitrates from drinking water. Unfortunately, these modern water-treatment methods also deplete drinking water of desirable minerals like calcium and magnesium.

Poor nutrient absorption in the gut.

If you’re gluten-intolerant or know you have other digestive issues like leaky gut, then chances are you’re simply not absorbing enough magnesium from your food and are enduring a magnesium deficiency. (source)

Some common causes of leaky gut include: too many rounds of antibiotics, antacids, antidepressants, too much alcohol consumption, drinking fluoridated water, and even stress. (source)

We need calcium to absorb magnesium. Yet’ it’s a delicate balance because the two minerals compete for resources within our body. If you eat too much calcium, you actually hinder your absorption of magnesium.

Studies indicate that taking a calcium supplement without enough magnesium can increase the shortage of both nutrients. Researchers have found that many Americans have five times as much calcium as magnesium in their bodies, although the proper ratio for optimum absorption of both minerals is two to one.

Prioritize healing your digestion with the same sort of protocol you’d use to restore gut health after a round of antibiotics.

Then make sure you eat magnesium rich foods like:

Apply Magnesium Oil to Your Skin

Magnesium is more easily absorbed transdermally (through your skin) than it is internally. You can buy pre-made magnesium oil online, or you could learn how to make magnesium oil at home. (It’s super easy!)

Epsom salts aren’t actually salts at all, but magnesium sulfate. They’re named Epsom because they were originally discovered in Epsom, England. 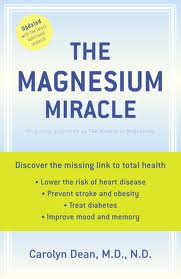 By taking a nice, relaxing soak in an Epsom salt bath, you can absorb magnesium through your skin and help reverse your magnesium deficiency.

Click here to learn more about the health benefits of epsom salt baths.

If you’re like me and would love reading more in-depth information about the complex way magnesium works within your body, I highly recommend you check out The Magnesium Miracle by Dr. Carolyn Dean.

I heard Dr. Dean speak two years ago, and I walked away a different person.

This thick paperback is packed full of valuable information that will help you understand the machinations of magnesium within your bodily processes and get to the root of your possible magnesium deficiency.