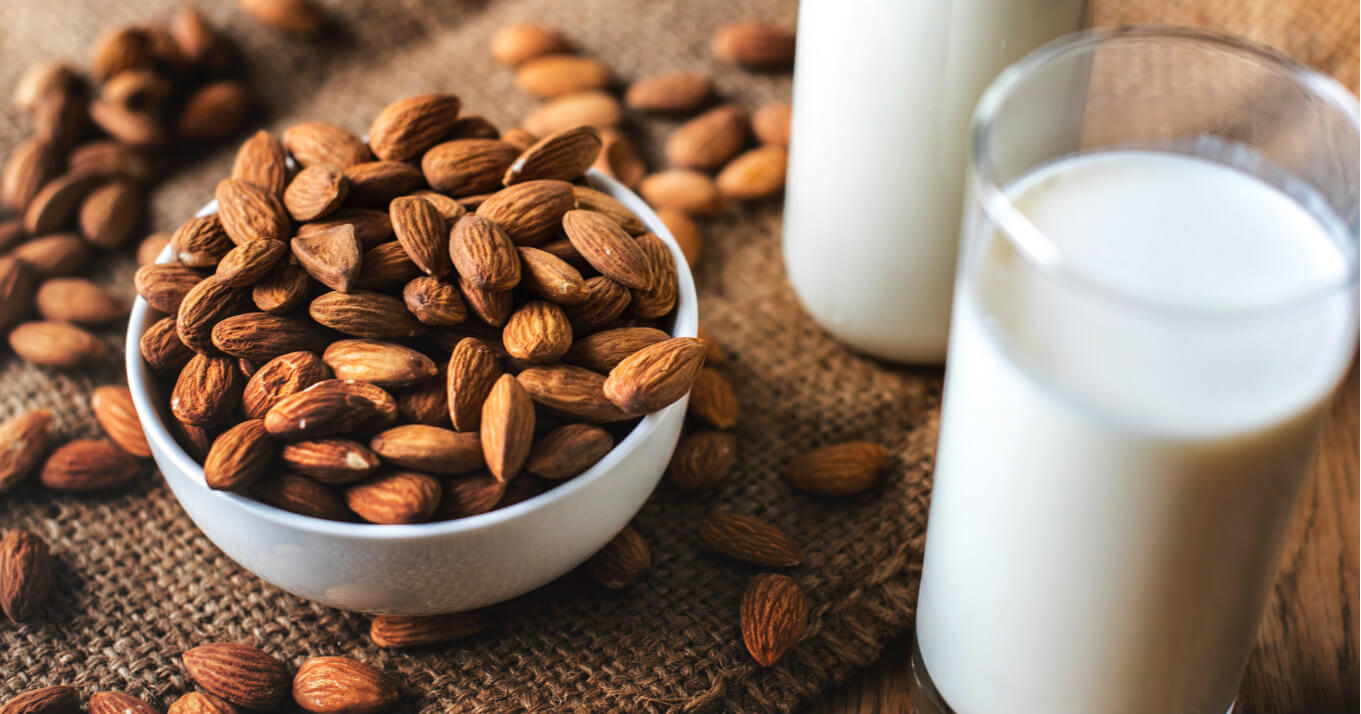 Are you in need of a healthy milk substitute? Are you dairy intolerant and in search of good alternatives to milk? Or perhaps you can’t get your hands on any milk from grass-fed cows — pasteurized or raw? Or maybe you’re fasting from dairy for religious or health reasons and simply want the most nourishing milk substitute you can find?

These days, people turn to soy milk. Even if you’re not turned off by the fact that it’s an industrial waste product spun by marketers into a so-called “health food,” you can’t like the numerous health-risks associated with soy.

So, if you’re not willing to drink soy milk, what’s left for you? What are the healthiest milk substitutes available?

If you need a vegan alternative to soy milk, the only options out there are rice milk, nut milk (like almond milk), and coconut milk. Rice milk, although not bad for you, is also not particularly nutrient dense. It’s high in starches and sugars, and very low in protein and fat.

Almond milk has a long and interesting history in culinary circles:

In the Middle Ages, animal milk was, of course, not refrigerated, and fresh milk did not stay fresh for long. Most cooks simply did not use much milk as the short shelf-life of the product made it a difficult ingredient to depend upon. Many recipe collections of the time advise that cooks should only rely on milk that comes directly from a cow, something not possible at all times, and purchasing milk was a dubious practice, for streetsellers of milk often sold wares that were either spoiled or diluted with water. Milk’s use had to be immediate, in cooking or by turning into cheese & butter. It was these difficulties that forced Medieval cooks to look upon milk with great reluctance, and so having milk in the kitchen was usually unheard of.

Rather than animal milk, Medieval cooks turned to something they could depend upon, and that was the milky liquid produced by grinding almonds or walnuts. This liquid, high in natural fats, could be prepared fresh whenever needed in whatever quantities. It also could be made well ahead of time and stored with no danger of degeneration. Because of its high fat content, it, like animal milk, could be churned into butter, and because it was not animal milk, it could be used and consumed during Church designated meatless days.

If you do choose to go for a nut milk such as almond milk, it’s best to make it at home. Store bought almond milks usually contain added sugars, preservatives, and stabilizers. Plus, almonds also contain the anti-nutrient phytic acid which can block mineral absorption. You can neutralize the phytic acid by soaking the almonds overnight — something you’re not likely to be able to find in store-bought versions.

Coconut milk, of course, is as old as coconuts. Coconuts are high in good saturated fats, lauric acid, and the beautiful, easy-to-digest medium-chain fatty acids that actually help speed up your metabolism. Coconuts also have anti-fungal and anti-viral properties.

But, you say, what about all that fat? Coconut milk is so much more calorie-dense and full of fat than whole milk, how can it be a good substitute? Did you know you can whip together a coconut milk tonic that has roughly the same nutrient profile as whole milk (same calories, same calcium, with more iron & vitamin C)? Sally Fallon and Mary Enig share just such a recipe in their book Eat Fat, Lose Fat (included below).

Here are the recipes I use to make coconut milk tonic and raw almond milk:

The How-To
Mix all ingredients together in a medium saucepan over medium-low heat and heat until warm and dolomite is dissolved. Cool before serving.

The Players
1 1/2 cups of raw almonds, soaked in water overnight (where to find raw almonds)
4 cups of filtered or spring water
3-5 dates (optional)

The How-To
Blend the raw almonds that have been soaked overnight in 4 cups of water. Blend with dates if you like your milk with a hint of sweetness. Strain once to remove almond granules. These can be dried and ground further to create your own almond flour. YUM.