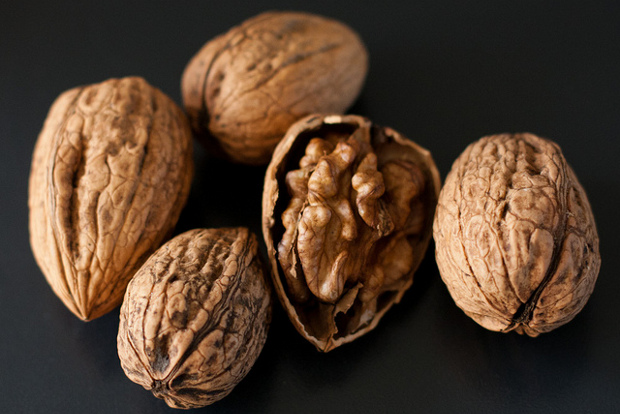 It seems absurd. Yet thanks to the regulations set forth by the U.S. Food and Drug Administration, any food that makes a non-FDA approved health claim is advertising itself as a drug, not a food. Of course, if the food is actually a drug, then it suddenly becomes subject to all the laws, testing, and requirements of regulated drugs. Translation: foods as benign as walnuts are regulated like illegal drugs.

For years, the FDA has been using this reasoning to target companies that market foods using health claims. In general, I’m of a mixed opinion about such targeting. On the one hand, it’s good to hold food makers responsible for the claims they make when marketing food. We wouldn’t want Cocoa Krispies to advertise itself as an effective way to keep your kids from contracting the Swine Flu, would we? (O Wait! You mean they did that already?)

But on the other hand, where’s the harm in a walnut distributor’s website linking to studies found in scientific journals that demonstrate that eating walnuts can lower LDL cholesterol?

I grow particularly upset when I see perfectly normal, healthy, whole foods targeted by these regulations. Recently, the FDA sent a warning letter to Diamond Foods, Inc. — a distributor of walnuts — warning them to remove the scientifically substantiated health claims about walnuts on their website. Here are a few choice excerpts from the FDA’s letter:

“Based on claims made on your firm’s website, we have determined that your walnut products are promoted for conditions that cause them to be drugs because these products are intended for use in the prevention, mitigation, and treatment of disease.

“Additionally, your walnut products are offered for conditions that are not amenable to self-diagnosis and treatment by individuals who are not medical practitioners; therefore, adequate directions for use cannot be written so that a layperson can use these drugs safely for their intended purposes. Thus, your walnut products are also misbranded under section 502(f)(1) of the Act, in that the labeling for these drugs fails to bear adequate directions for use [21 U.S.C. § 352(f)(1)].”

Rather than facing fees amounting to hundreds of thousands of dollars, as well as the seizure and destruction of their entire inventory of walnuts, Diamond Foods did what any business would do. They removed the health claims from their website. 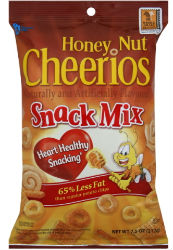 I grow even more upset when I see the FDA approving health claims for radically unhealthy, industrial foods. You know which foods I’m talking about. One walk down the snack food aisle of the grocery store is enough to do the trick. How many times have I gagged when seeing a bag of “heart-healthy” Frito-Lay potato chips?

Frito-Lay snacks start with real farm-grown ingredients. You might be surprised at how much good stuff goes into your favorite snack. Good stuff like potatoes, which naturally contain vitamin C and essential minerals. Or corn, one of the world’s most popular grains, packed with Thiamin, vitamin B6, and Phosphorous – all necessary for healthy bones, teeth, nerves and muscles.

And it’s not just the obvious ingredients. Our all-natural sunflower, canola, corn and soybean oils are considered to be healthier oils by the FDA because they contain good polyunsaturated and monounsaturated fats, which help lower total and LDL “bad” cholesterol and maintain HDL “good” cholesterol levels. They also contain <20% of the bad saturated fat, which raises LDL, cholesterol and 0g fo trans fat. Even salt, when eaten in moderation as part of a balanced diet, provides sodium which is essential for the body.

Why, after reading that spiel you’d think we should all be eating this heart-healthy food in huge quantities to stave off heart disease!

What kind of world do we live in where it’s okay for a junk food maker to market their so-called “foods” made from industrial waste products as “heart-healthy,” but it’s not okay for a walnut distributor to link to actual scientific studies demonstrating that walnuts are a healthy food?

I get the most upset, however, when I think about the implications this has for our food supply.

I like how William Faloon put it in his August 2011 Life Extension magazine article on this topic:

For the FDA to allow Frito-Lay® to pretend there are heart benefits to ingesting their unhealthy snack products, while censoring the ability of walnut companies to make scientifically substantiated claims, is tantamount to treason against the health of the American public.

The combined sales of the companies attacked by the FDA are only a fraction of those of food giant Frito-Lay®. Yet some of these companies are fighting back against the FDA’s absurd position that it is illegal to disseminate scientific research showing the favorable effects these foods produce in the body. The makers of pomegranate juice, for example, have sued the FTC for censoring their First Amendment right to communicate scientific information to the public.

As a consumer, you should be outraged that disease-promoting foods are protected by the federal government, while nutritious foods are censored. There is no scientific rationale for the FDA to do this. On the contrary, the dangerous foods ubiquitously advertised in the media are replacing cigarettes as the leading killers in modern society.

Leave a Reply to Sheree Northcutt via Facebook Cancel reply