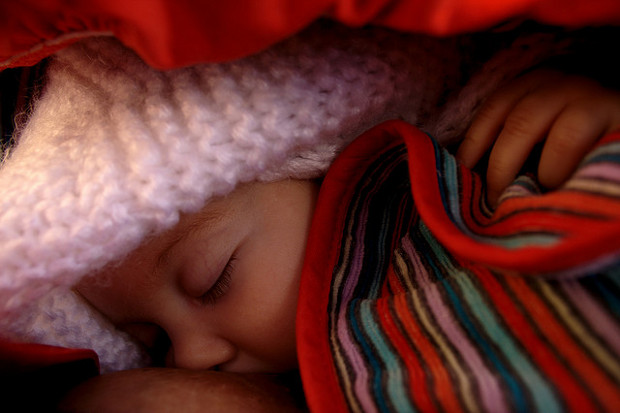 Ten researchers from the CDC’s National Centers for Immunization and Respiratory Disease (NCIRD) released a paper arguing that because the immune-boosting effects of breastmilk inhibit the effects of the live oral rotavirus vaccine, nursing mothers should delay breastfeeding their infants.

This, dear readers, is the kind of convoluted logic that permeates the pharmaceutical industry. To be fair, the paper does not recommend that mothers stop breastfeeding, merely that they delay nursing at the time that the vaccine is administered. It also says that other avenues for boosting the vaccine’s efficacy should be explored.

A live vaccine contains a weakened form of the virus that causes the disease. The idea is that by presenting the weakened virus to your body, your immune system will develop an immune response to the virus sufficient to help you fight off a more virulent attack of the virus later. In other words, when your body is fighting off the live virus, it is effectively fighting off the virus itself, just in smaller quantities.

If breastmilk’s immune-boosting properties fight-off the live vaccine, then that means that breastmilk is fighting off the virus itself (just in smaller quantities).

Or, perhaps they’re not assuming any of those things. They are single-minded scientists after all. Their sole goal in this paper seems to simply be to measure the inhibitory effects of breast milk on the vaccine. They compared the breastmilk from mothers in India, South Korea, Vietnam, and the U.S. Indian mothers had the most potent breastmilk in fighting the vaccine, while U.S. moms had the weakest.

(I wonder if that’s because of our poor diets of overly-processed, industrialized food?)

I think it’s interesting to note that the researchers aren’t asking about what’s best for the baby. The question they have in mind is quite focused: just how much does breastmilk neutralize the vaccine?

Arguably, it’s a win for nursing mothers everywhere since it proves just how effective breastmilk can be!

And yet, these researchers didn’t stop there. They took their snazzy results and had the audacity to call them a “negative effect” of breastfeeding.

Clearly, they have one goal in mind: to sell more vaccines.

And therein lies the rub. The pharmaceutical industry could care less about actual health and wellness. After all, if you are healthy, they don’t make any money off of you. It is in their financial best interests for you to be perpetually sick.

I doubt that these researchers sat in their break room clad in black leather, sipping spiked coffee sporting evil grins as they plotted about how to take over the world. Most likely, they’re family folk feeling quite proud about the fact that they are developing vaccines to use in poor, undeveloped countries.

And yet despite their noble intentions, they can’t see how their assumptions influenced their recommendations. For if they were truly all about the health of the baby, they’d look at their findings and recommend that more women breastfeed. Or they’d look at their findings and ask why Indian breastmilk is so much more effective than American breastmilk, then start creating studies to unpack all the implications of that.

Nobody would fund those kinds of studies. (And that’s why they’re not done.)

It’s been said that good health makes a lot of sense, but it doesn’t make a lot of dollars.

Too true, that. Too true.